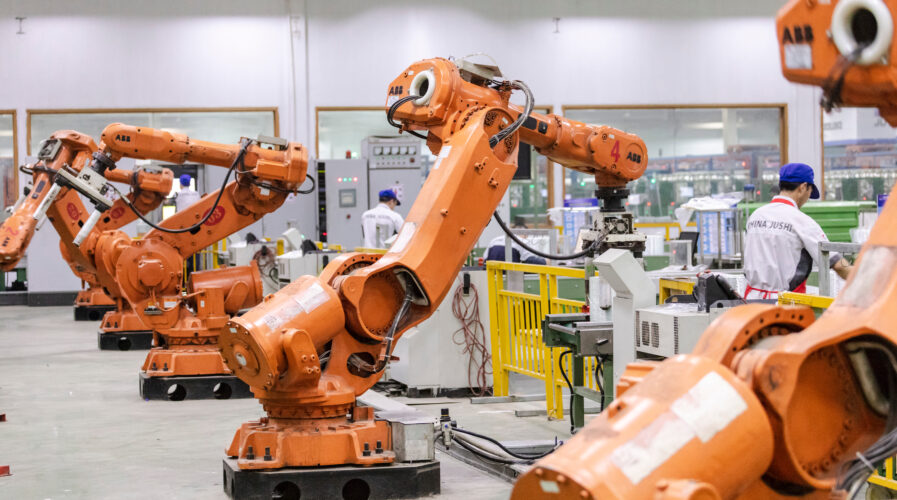 As technology advances, the use of robots in the workplace is becoming more prevalent. From manufacturing to healthcare to logistics, robots are being utilized in many industries to improve work performance.

Companies are increasingly using robots in logistics, for instance, to increase productivity and cut costs. The Asia Pacific (APAC) logistics robot market is anticipated to develop at a 26.2% CAGR over the next five years as e-commerce booms, thanks to the purchasing habits of millennials and generation Z. 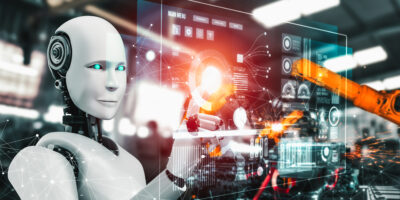 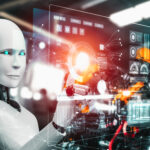 Although the use of robots in the workplace increases, it is crucial to consider the potential cybersecurity concerns that can emerge. There are concerns that as robots replace human workers, hackers may target them to sabotage business processes or steal confidential data.

According to a Kaspersky study, most employees are not prepared to give robots complete autonomy. The research on the effects of automation and the increased use of robotics and other AI-based machines found that most people don’t think production processes run by robots can be recovered immediately in case of a cyberattack or malfunction. The report revealed 78% believe the full recovery will take a few days or longer.

Cybercriminals can hurt businesses through emails, virtual environments, endpoints, and embedded systems. Attackers are continually looking for new ways to strike, so firms should keep in mind that when integrating new technology, like robotics, into their business operations.

In light of this, Kaspersky surveyed to ascertain employees’ thoughts about robots in the workplace and determine whether bringing robots to the office poses any obstacles or security risks.

This survey found that most employees in businesses using operational manufacturing robots are aware of potential cybersecurity concerns. Only 13% of them think that in the event of a cyberattack, disabled robots can be swiftly fixed. More than half of respondents (52%) anticipate that recovery efforts will take a few weeks or longer. More optimistic respondents (26%) believe that a return to normal production procedures may occur within a few days. 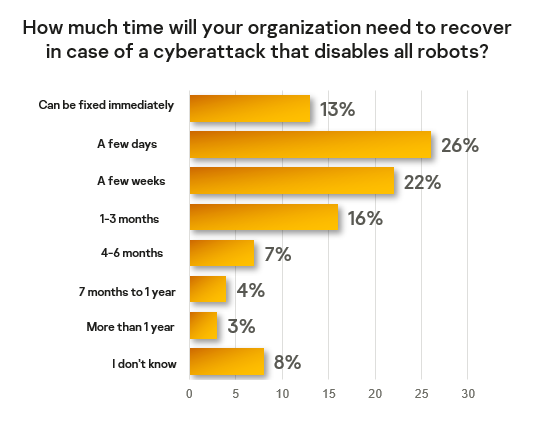 The lack of control and regulations by third parties.

Taking into account threats that fast robotization may cause, more than half (60%) of respondents state that it’s unclear who has ultimate responsibility if robots malfunction due to equipment malfunction or a cyberattack. This concern is one of the many reasons employees want to maintain leadership positions. Most respondents (67%) think using robots to boost industrial efficiency is possible, but only under human supervision. Only 24% of workers are willing to give an AI robot complete control over any production process.

“In this study, we asked respondents to assess not only the level of companies’ robotization but also their ability to resist related cyber risks. It turned out that many employees had mixed feelings when assessing how protected robots are. They are confident that it’s necessary to pay more attention to their security and sceptical about how quickly a robot can recover after a cyber incident,” comments Andrey Suvorov, Head of KasperskyOS Business Unit.

Are people’s jobs being replaced by robots?

As automation and robotics become more advanced, there is a growing concern that robots will replace people’s work. 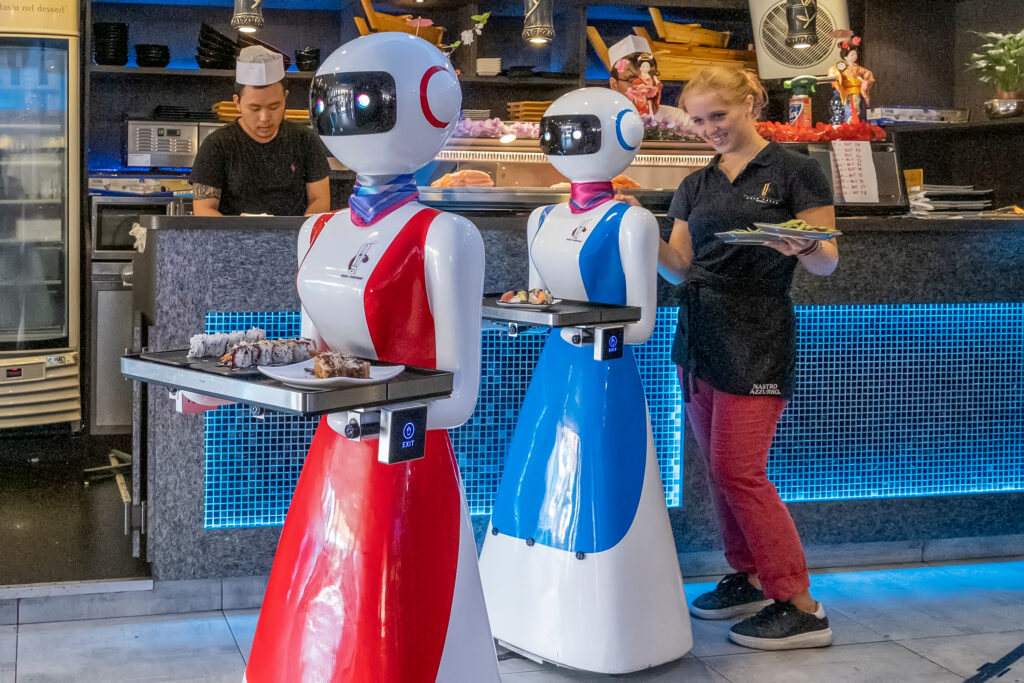 Some people take a long-term approach to workplace and employment trends, with 19% believing that autonomous transformation will occur within the next 11 to 15 years and 10% thinking it will take longer.

While it is true that robots can handle tasks more efficiently and consistently than humans, it is important to consider the broader impacts of this shift.

One potential concern is job loss. As robots take on more tasks, some jobs may become obsolete. However, this has always been the case, as new technologies and processes have historically led to changes in the workforce.

Overall, it is essential to approach the integration of robots into the workforce with a balance of caution and optimism. While there may be some disruptions and challenges, there is also the potential for increased efficiency and productivity.