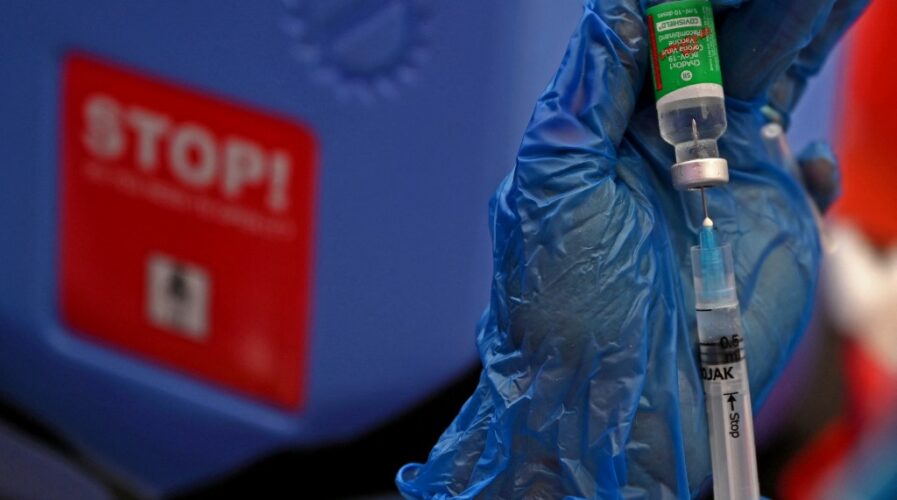 Preparing a jab of India’s Covishield’ Covid-19 coronavirus vaccine in a residential area in Chennai. (Photo by Arun SANKAR / AFP)

It’s 2:00 am and Ananya Maskara’s face is lit up by her smartphone as she nervously scrolls through a list – looking for a green or yellow tab indicating that a Covid-19 vaccination slot is available in India’s capital New Delhi.

For anyone aged between 18 and 44, getting a slot in India’s expanded vaccination drive – already plagued by shortages and political squabbles – has been like buying tickets for a rock concert where popular bands sell out in minutes.

“It was[…] a rollercoaster of emotions,” the 19-year-old told AFP of her frantic, multi-day search to find a slot on India’s online or app vaccination portals. “It was really difficult[…] A lot of my friends haven’t gotten a slot until now and they are still waiting.”

Maskara, like millions of younger Indians terrified by the current surge in infections, is rushing to get vaccinated against the coronavirus after the country this month opened up its inoculation drive to all adults. But the expansion came with restrictions, including only online registrations for the 18-44-year-olds, locking out up to half of India’s population, particularly in poor and rural areas, who don’t have smartphones or internet access.

Numerous Indian states are also struggling with vaccine shortages, meaning there are limited slots available for the up to 600 million people in the 18-44 cohort now eligible for jabs. Maskara was eventually successful in finding a slot, but many others are still desperately searching.

“I have better chances of winning the lottery than getting a vaccination shot,” grumbled one Mumbai-based Twitter user. So far, only 3% of India’s 1.3 billion people – or 39.5 million – are fully vaccinated with both doses. An additional 10.6% have received just their first shot.

Techies have developed workarounds to help users in some cities where slots have been opening up at random times of day and are filled within one or two minutes. Berty Thomas, 35, a Chennai-based hobbyist programmer and business analyst, created a tool that alerts users via the Telegram messaging app when slots in their district open. It’s already gotten more than 400,000 subscribers.

“My focus right now is to expand these alerts to multiple small towns and villages across the country,” Thomas told AFP, adding that some users wanted to book for relatives in regional and rural areas. “[Getting slots] has been an issue, particularly in the villages where internet is scarce. So the only way is[…] for people who have access to internet to help those who don’t.”

Local media say some families have even traveled long distances to secure slots for their younger members. Devang Bhatt, 28, told AFP that after days of scouring the vaccine portal for a slot in Ahmedabad in the western state of Gujarat, he found one on the outskirts of the city. “It was tiring, but worth it,” Bhatt said of his vaccine trip.

No internet, no vaccination

But for Seema, a house-help working in the northern city of Lucknow in Uttar Pradesh state – which has been ravaged by the virus – getting vaccinated seems unlikely. “I don’t have access to the internet[…] A few boys in my neighborhood do have smartphones but they don’t know how to use it for this [registration],” the 40-year-old who goes by one name told AFP. 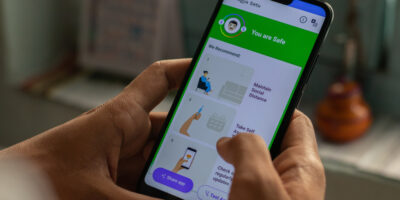 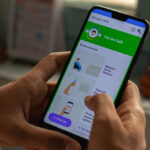 “[The government] should think about people like us. Every day I run the risk of exposing myself to the disease as I work for three households. I wish I could get myself vaccinated.” Experts say that the government should allow walk-ins at vaccination centers – a measure already introduced for people above 45 years of age.

Authorities should also consider “taking vaccines to the people rather than having people coming to the vaccines”, Ashoka University physics and biology professor Gautam Menon told AFP. He suggested steps like mobile vaccination clinics in remote areas.

For Mohendra Sharma, who doesn’t own a mobile phone, such changes can’t come soon enough. “There needs to be a system for door-to-door vaccination. Those who don’t have a smartphone – what will they do?,” the 26-year-old told AFP at a milk store in Delhi where he works. “I am worried for my family and for myself if we don’t get the vaccination.”

by Glenda Kwek, with Nishant Saxena in Lucknow, India