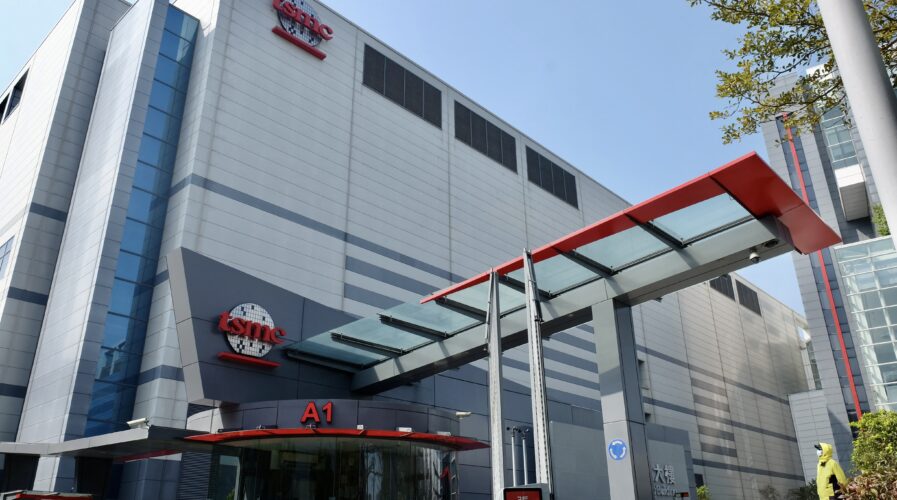 What happens when foundries ramp up prices for semiconductor chips? . (Photo by Sam Yeh / AFP)

What happens when foundries ramp up prices for semiconductor chips?

Consumers would be paying more for electronics starting next year as foundries are raking up semiconductor chips prices by as much as 20%. The most recent price hike is being done by the world’s biggest contract chipmaker, Taiwan Semiconductor Manufacturing Co (TSMC).

It would be TSMC’s biggest price hike in a decade, with most of its most advanced chips to see a 10% increase in price, while less advanced chips used by customers like automakers will cost about 20% more. According to Wall Street Journal, the higher prices will generally take effect late this year or next year.

As it is, TSMC controls over half the global foundry market, making chips for the likes of Apple, Nvidia, and Qualcomm. Known for its cutting-edge tech and high quality, the Taiwanese company normally commands production fees around 20% higher than its rivals, according to industry insiders.

It is however fair to note that prices of semiconductors have been climbing since the last quarter of 2020 amid a global supply crunch. Smaller foundries have repeatedly ramped up their own prices and United Microelectronics, the world’s third-largest player, now charges more than its bigger compatriot for some services, four industry executives told Nikkei Asia.

Why hike the prices of semiconductor chips?

Experts reckon there is a range of factors to these higher prices, including higher material and logistics costs, as well as the race by device makers to secure adequate chip supplies. It has especially been the case since the chip shortage first began to bite late last year.

All this would mean the prices of chips for consumer products would rise too unless brand-name companies decide to absorb the higher costs. As it is, chip shortages have driven up prices for laptops, which are in high demand because more people are working remotely.

Already, graphics processor giant Nvidia has already warned that supplies of its GPUs will be tight next year: “A supply-constrained environment for the vast majority of next year is my guess at the moment,” Nvidia chief executive Jensen Huang said during an earnings call earlier this month.

Reports even stated the possibility of AMD and Qualcomm raising prices as well, affecting Ryzen CPUs, Radeon GPUs, and the leading-edge smartphones that use the Snapdragon chips. Even consoles like the Microsoft Xbox Series X/S and Sony PlayStation 5 use APUs manufactured by AMD, which are by TSMC may be impacted.

Another reason behind the price hike would be concerns over lower profitability. TSMC has said it will make US$100 billion in capital investments over three years through 2023. That commitment has fueled qualms about a potential decline in profits as the Taiwanese semicon giant prepares to boost its overseas expansion.

What does this mean, then?

Unfortunately, there really aren’t many alternatives to the world’s largest chipmakers. TSMC’s market dominance gives it more pricing power than suppliers usually enjoy — its chips account for more than half of the global semiconductor foundry market by revenue, according to Taiwanese research firm TrendForce. This makes it the manufacturer of more than 90% of the world’s most advanced chips.

To recall, in April, TSMC executives said that they expected the chip shortage to last through 2023.

All this is the sound of the other shoe dropping—right on your wallet.

Overall, the impact of TSMC’s prices will be felt more obviously from next year, experts say, as the company is still working through existing orders.

In the short term, however, analysts reckon higher prices could push down demand and preserve supply for customers who have no other choice.

So, companies who require more devices — it would be wise to have a more careful look at your budgets in the coming year.