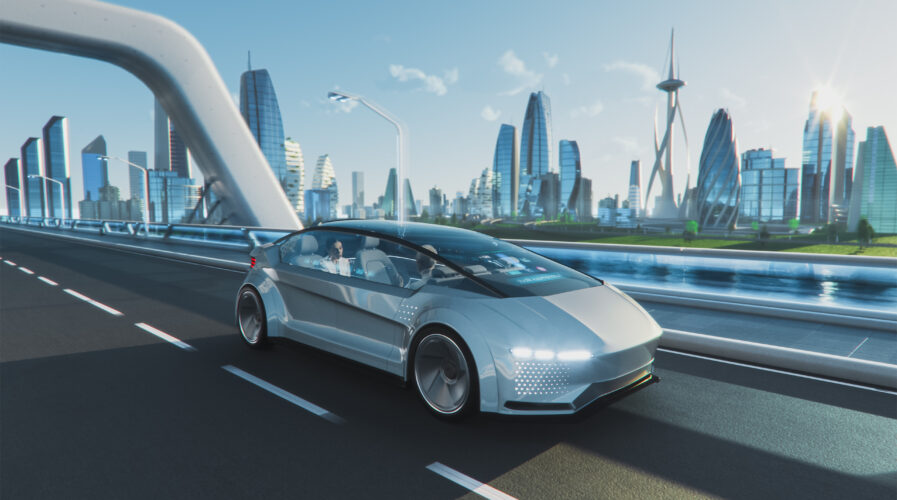 The Road to Autonomous Vehicles in Asia Pacific

Highly autonomous vehicles (AVs) are increasingly finding their way onto our roads. Trials throughout the Asia Pacific show promise, with some countries more ready than others when it comes to AV adoption.

In Singapore, more than 40 driverless vehicles have been tested and approved to ply Singapore’s roads since 2017. In fact, Singapore topped KPMG’s latest Autonomous Vehicles Readiness Index in 2020, reflecting the city-state’s public acceptance, policy, and legislation efforts to encourage the use of AVs. In Japan, the government recently announced plans to have highly automated vehicles running in selected regions by the end of this year.

However, despite years of hype, investment, and development, many challenges remain before AVs can deploy commercially at scale. These include technology readiness, infrastructure, regulatory matters, and public acceptance.

Before diving into the adoption of AVs in the Asia Pacific and the real-world challenges of regulation, it is worth understanding that there are different levels of driving automation. 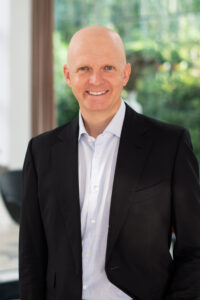 Different countries have introduced legislative responses that regulate the various levels of vehicle automation – all with road safety in mind. For instance, the Standing Committee of the Shenzhen Municipal People’s Congress issued the Draft for Comments of the Regulations of Shenzhen Special Economic Zone on the Administration of Intelligent and Connected Vehicles in March 2021, which allows road testing for Level 3 AVs. In South Korea, the government has unveiled a revised roadmap on improving regulations for self-driving cars, starting with the launch of Level 3 AVs.

At the same time, technologies such as advanced driver-assistance systems (ADAS) in vehicles that make features such as lane discipline possible, are also in place to take the burden off the driver and make the journey easier and smoother.

However, as regulators adjust their traditional motor vehicle safety liability to prepare for the increased levels of automation, many countries and cities still lack comprehensive regulations about autonomous driving. According to a survey of executives from automotive, transportation, and software companies working on autonomous driving worldwide, regulation is seen as the main bottleneck next to AV adoption in the Asia Pacific.

Regulations aside, there remains to be demand for AVs in the region. According to market research, the Asia Pacific AV market is expected to grow by 24.5% annually with a total addressable market cap of US$ 286.05 billion from 2021 to 2030. This is attributed to the advancing automated transportation technology, rising government initiatives for autonomous vehicles, and growing adoption of driverless cars. 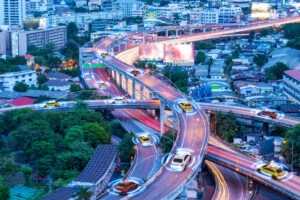 To encourage the widespread adoption of autonomous driving, AVs have been deployed in fields where there is the largest commercial incentive with the least risks. Logistics is the most promising field as the transportation of goods is less risky than transporting people. For instance, Australia utilizes the largest number of autonomous mining trucks in the world today, with over 570 trucks across its mines.

AVs are also being planned to roll out in less busy environments and on highways. Case in point, China is expected to complete its superhighway in the Zhejiang Province this year, where the highway will support fully autonomous driving and get cars more connected to the internet. 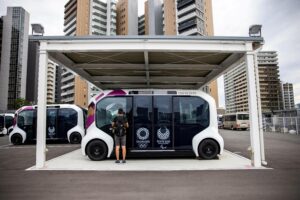 Autonomous electric vehicles, which will be used at the Olympic Village, are seen during a media tour of the Tokyo 2020 Olympic and Paralympic Village in Tokyo on June 20, 2021. (Photo by Behrouz MEHRI / AFP)

One of the main motivations for the adoption of AVs is to improve road safety. However, there is still uncertainty about whether AVs are indeed safer than those with a driver behind the wheel.

One of the reasons for the uncertainty is that the metrics used to define safety and measure risks need addressing. For instance, rather than analyzing the number of kilometers driven by AVs, it is more important to assess the road and driving environment that will highlight the true impact on the risk. Similarly, if the total number of casualties was reduced because of AV usage, but there is an increase in the number of pedestrians being harmed (compared to conventional driving), then it’s unethical to conclude that AVs are safe either.

As a result, automakers will still need to figure out the issues related to safety as they climb up the automation ladder. The metrics used to determine the safety of AVs are critical. These metrics stem from data gathered by AVs. Richer data and more detailed attributes like location services can help automated driving systems become more aware of a vehicle’s environment while providing the industry with detailed location data. Better location data will mean AVs are likely to be safer and cleaner than regular vehicles.

While fully autonomous vehicles might not be with us yet, one thing certain is that cars are becoming more connected.

Global automakers are taking a dual approach to deliver autonomous capabilities. Firstly, they are progressively increasing the functionality of existing features — such as cruise control, forward collision alert, and blind-spot monitoring — and bringing them together into a single experience. Secondly, automakers are pursuing advanced future capabilities as evidenced by the numerous highly automated driving pilots currently in operation around the world that are set to increase in 2022 and beyond.

This is a positive sign that the automotive industry is on the road to full automation; an exciting future awaits!