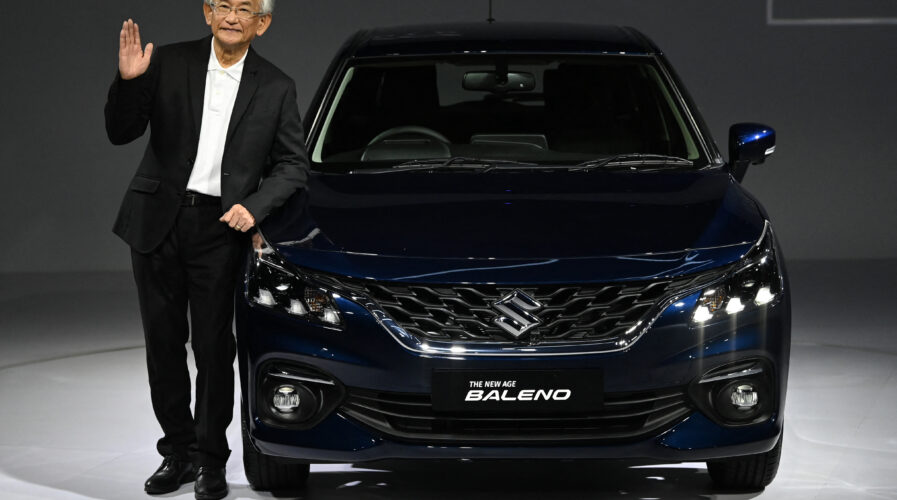 Suzuki eyes for affordable EVs and a battery plant in India by 2025. (Photo by Sajjad HUSSAIN / AFP)

Japanese automaker Suzuki Motor is eyeing a slice of the electric vehicle (EV) market in India, as a part of its five trillion yen South Asian expansion in the next five years. The company has earmarked around 150 billion yen (US$1.26 billion) on a new EV battery plant near its existing auto factory in the western state of Gujarat.

Currently, Suzuki has a joint-venture lithium-Ion battery pack production unit that it operates with Japanese electronics companies Toshiba and Desno in the same area. The batteries manufactured at that plant are meant for hybrid cars. Now, with the new EV battery plant, Suzuki hopes to gain an edge in the burgeoning EV market of India.

In total, Suzuki so far has three auto plants in the states of Haryana and Gujarat, producing about 2.25 million cars a year. That said, on top of the new battery plant, Suzuki even plans to increase production of EVs in India. That in turn could ideally expand Suzuki’s sales of EVs in the country as the local government has been heavily promoting electric cars as part of its decarbonization effort.

That said, with a large part of Suzuki’s production localized, the industry expects the ability to market an electric car at cheaper price than its competitor seems more achievable. Generally, Suzuki is also eyeing for more affordable EV models in both Japan and India as early as 2025. 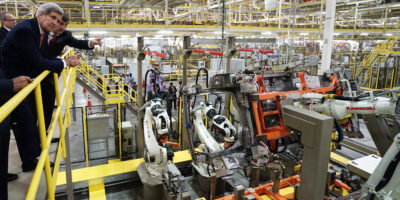 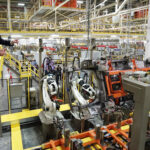 IS THE PLI SCHEME BRINGING FORD BACK TO INDIA, BUT AS AN EV MAKER THIS TIME?

For South Asia as a whole, between the current fiscal 2021 to 2025, Suzuki intends to spend a total of 2.2 trillion yen on research and development (R&D) and capital investment. “Of the total, about 1 trillion yen will go for R&D, most of which will be earmarked for development of EVs,” Nikkei said in a report.

India is ideal for the production of EV batteries locally because it has access to the raw materials, a US$20 billion manufacturing incentive plan, a proposed battery materials policy and improving prospects for demand. The country had its first EV battery plant just last year in a bid to challenge China’s monopoly in the sector.

A report by Reuters recently suggests that India wants to establish a total of 50 gigawatt hours (Gwh) of battery storage capacity over five years, which it expects will attract direct investment of about US$6 billion. That means, companies need to set up at least 5 Gwh of storage capacity to qualify for the incentives. They also need to meet local content conditions, which could reach a minimum investment of more than US$850 million.

Interestingly, India is also hoping companies like Tesla, Samsung, LG Energy, Northvolt and Panasonic would invest in the country. Tesla India and other electric vehicles (EV) manufacturers are now awaiting the green light from the Indian government on how they can run their operations in the country.

According to Mahindra & Mahindra Ltd, one of the country’s biggest automakers, domestic supply will become critical with EV sales forecast to overtake gas guzzlers in India by the end of the decade as prices become more aligned and infrastructure and technology improves.