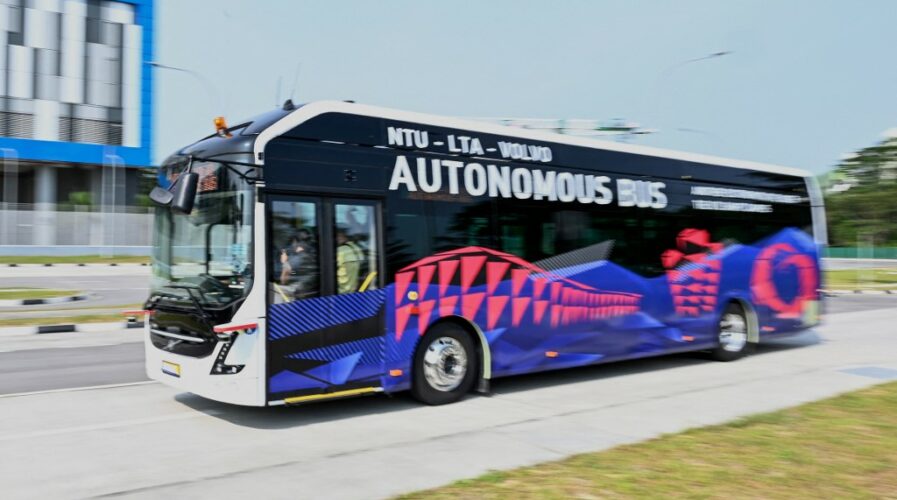 A Volvo AB 7300 electric autonomous bus drives on the track after being unveiled in Singapore. (Photo by Roslan RAHMAN / AFP)

Leading up into last year, most of the auto news on self-driving public transport revolved around robotaxis, fitting the scheme which observed mostly vehicles that looked and operated like regular cars as the areas where autonomous vehicle operators were pouring investment into.

While parts of Europe and the US were busy developing other forms of auto transport such as self-driving trucks to fulfil logistics needs over the great distances they had to travel, wider public transit needs particularly in Asia were still slow moving. A lot of this might have been down to a lack of developmental and production acumen in the region, as well as a fractured regulatory landscape where no unified laws existed that governed self-driving vehicles. 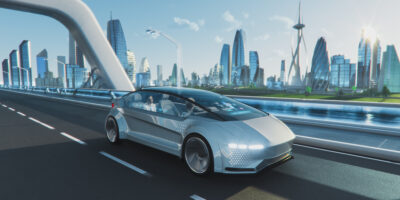 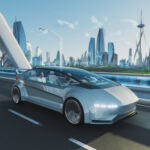 THE ROAD TO AUTONOMOUS VEHICLES IN ASIA PACIFIC

But last month, China’s Ministry of Transportation announced that it has drafted a set of rules on the use of auto vehicles for public transport, aiming to regulate its self-driving industry that had blossomed the most in Asia’s biggest economy. And now it appears a Chinese proposal formulated to test autonomous driving scenarios has been formally adopted by the International Organization for Standardization (ISO), according to China’s top industry regulator, the Ministry of Industry and Information Technology.

The approved standard will be applied to Level 3 autonomous driving systems and higher. Autonomous vehicle standards are categorized between Level 1 and Level 5, with 5 being the highest level of safety and independent, intelligent decision-making by the vehicle itself. Level 3 conditional automation, in which a vehicle can drive itself under certain parameters, and needs to be monitored by a human ready to take over in more uncertain conditions. 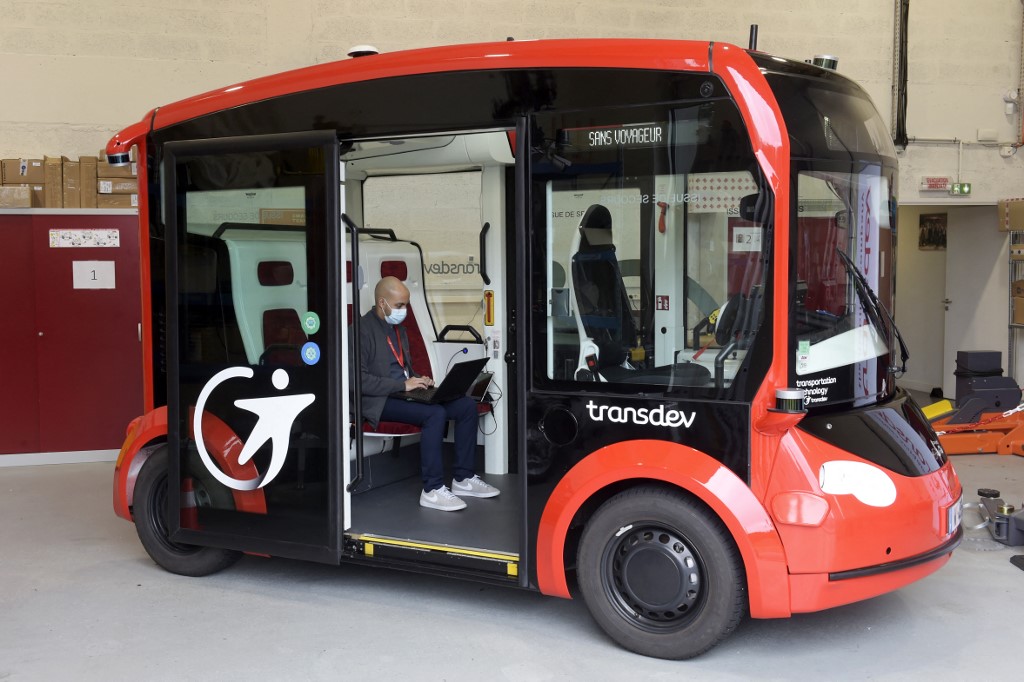 A Transdev autonomous prototype vehicle at the MobiLAB, a place where the Autonomous Transport Systems team of the Transdev group are located, in Versailles, France. (Photo by ERIC PIERMONT / AFP)

The acceptance by ISO of the Chinese standard is expected to pave the way for China’s automated automotive vehicles to expand overseas, but larger than that it may speed up the commercial acceptance of large-scale auto vehicles for use in public transport in the region. Already the Guangzhou, Guangdong province announced this week that two-hundred and sixty autonomous vehicles would be in operation on public roads by end-2023, of which 50 will be autonomous buses to serve the ring lines of Canton Tower and Guangzhou International Bio Island, which can cater to no less than one million passenger trips.

While unmanned public trains have been in operation since at least the 1990s and the aforementioned robotaxis are becoming more prevalent in certain urban markets, auto public transport like buses and shuttles have yet to hit the mainstream, and the Guangzhou open road operations might serve as a good test bed to see if such heavy auto transport can be a viable – and above all, safe – mode of public transit to be used regularly, for things like daily commuting.

“Many things still need to be done technologically in order to develop something that is safe enough for us to operate,” William Levassor, Co-Founder and Chief Operating Officer of Transdev’s Autonomous Transport Systems, told Intelligent Transport. “Once that is addressed, the challenge for us as operators is to assess how we can test the vehicle so that we know it is safe [for public use].”

Perhaps this is why autonomous public transport is being slowly and incrementally introduced, especially after the highly publicized incidents of Tesla self-driving cars going awry with a spotty safety record. Singapore’s tourism destination, Sentosa Island, introduced two autonomous minibuses and two small autonomous shuttle buses that cover a 5.7km route around the island way back in 2019. 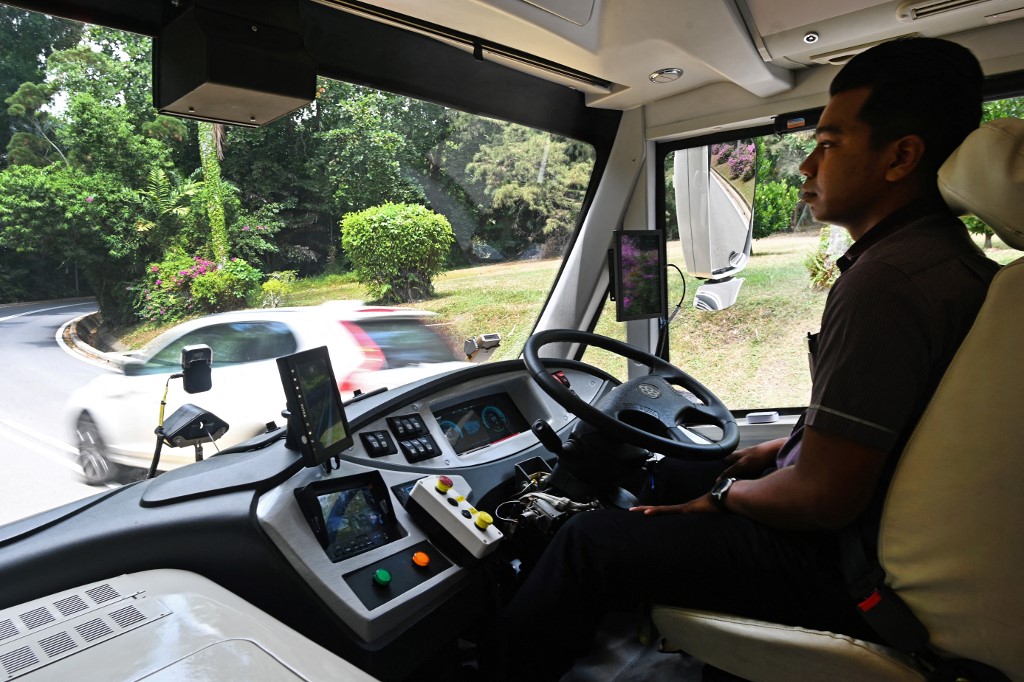 The buses are equipped with sensors so they can navigate their environment in various scenarios, and electronic signages are prominently displayed on the auto transport to alert pedestrians and others of their autonomous nature. And safety driver is permanently stationed on board, in case he needs to take over in any unwarranted situations.

The aim is to boost urban mobility through the safe implementation of autonomous vehicle technology, according to Loh Ngai Seng, permanent secretary for transport and chairman of the committee on Autonomous Road Transport for Singapore.

Hoe Yeen Teck, the Head of Autonomous Solutions, Urban Solutions at ST Engineering, last year wrote that autonomous shuttles will help to plug some key holes in public transportation system, especially in large and dense cities where more residents depend on public transport. 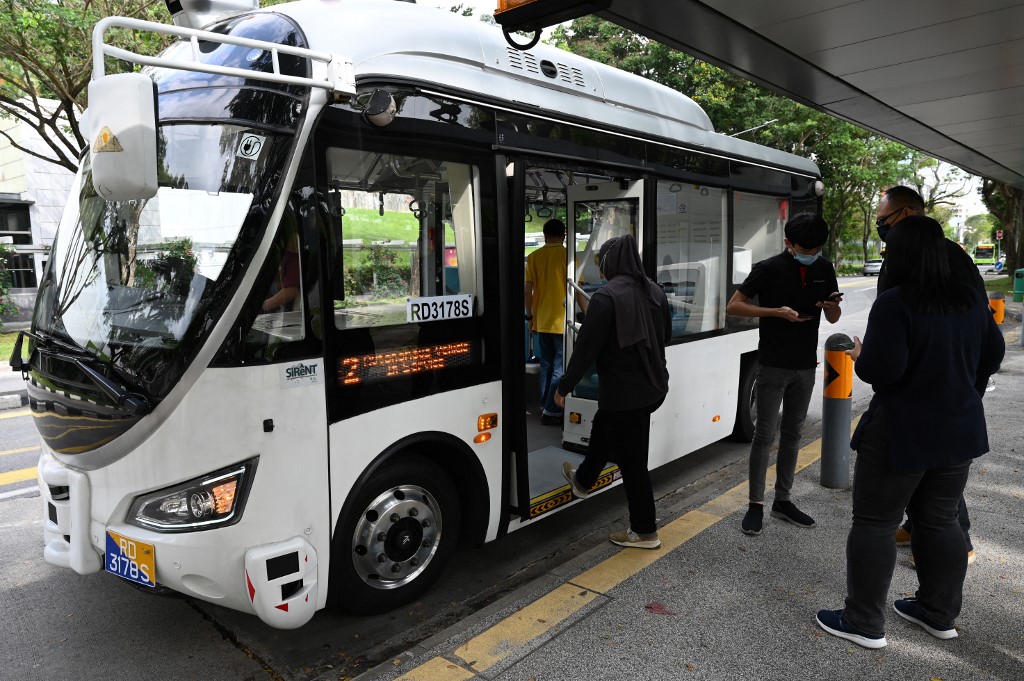 An employee (2nd R) checks the commuter application booking on a passenger’s mobile phone before boarding an on-demand autonomous bus developed by ST Engineering at the start of a trial run from Singapore Science Park 2 to Haw Par Villa MRT station. (Photo by Roslan RAHMAN / AFP)

“This is where the role of autonomous shuttles will be most beneficial. They help to increase the frequency of public buses travelling on fixed routes,” Hoe wrote in GovInsider. “Besides plying fixed routes, autonomous shuttles also hold the potential for dynamic routing by offering various transport services and applications through the Autonomous Shuttles-as-a-Service (ASaaS) model.”

He also believes that, while safety is of paramount concern, autonomous vehicles (AVs) have a better track record than people, having gone through rigorous track and road testing to prioritize safer controlled navigation, and that is backed up by research.

“The simple reason is that AVs can greatly reduce the risk of human error, which is one of the key causes of road accidents. According to a comprehensive study on road safety, human error was the sole cause in 57% of all accidents and contributed to over 90% of these accidents,” he explained.

Hoe also highlighted the innovations over the last two decades that have enabled smart auto transport to reach this level of progression. “With artificial intelligence (AI), analytics, advanced algorithms, sensors and various AV technologies deployed to ensure stringent safety adherence during operation, AVs are more likely to reduce the number of vehicle-related injuries and accidents.” 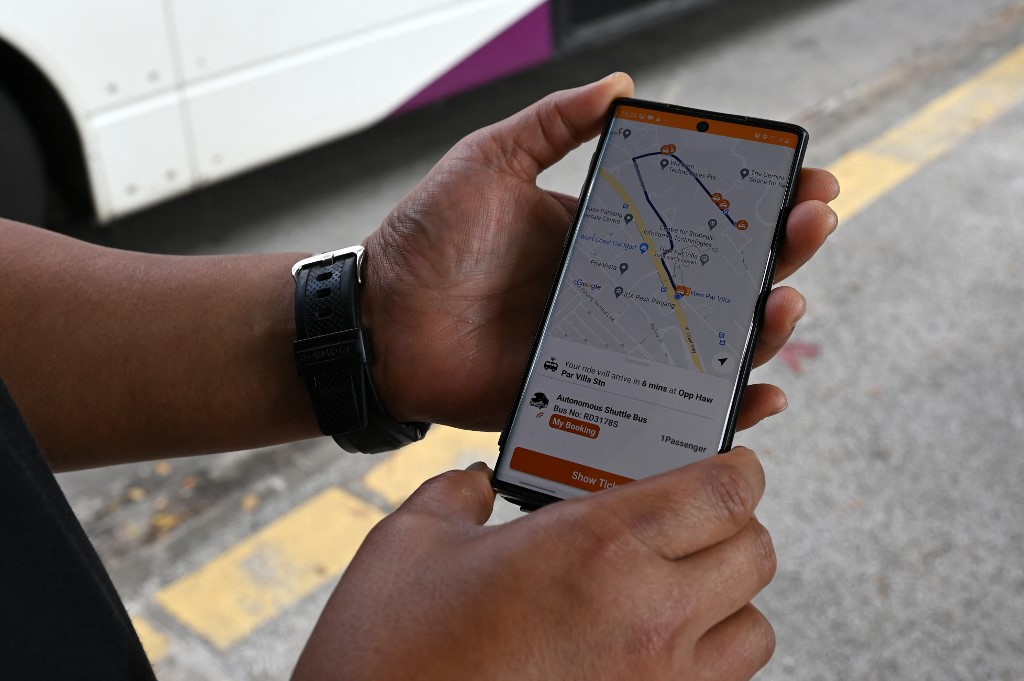 A commuter holds a mobile phone displaying an application for booking a ride on an on-demand autonomous bus developed by ST Engineering. (Photo by Roslan RAHMAN / AFP)

Japan, on the flip side, thinks it is safer to begin use of Level 4 self-driving vehicles for transportation purposes in rural areas first. In 2021, driverless buses were already being trialled at Chubu Centrair International Airport in Aichi Prefecture, but as Level 4 auto transport can operate completely independently without human oversight in certain conditions, a bill was proposed to the country’s Diet to amend road traffic regulations beginning with rural areas, which if approved would lead to the first practical uses of self-driving cars in Japan – not just for public transportation needs, but for personal use as well.

“It’s not enough for the technology to be developed and then for operators to just go and operate the vehicle. They need to have a deeper understanding of what makes the system safe, what the limitations are and how the operator is playing a role in the system’s safety,” elaborated Transdev’s Levassar. “So, a global system approach and partnership between operators and technology providers is really the key to developing a vehicle that can provide a safe service to passengers, while ensuring the safety of other road users.”

Many automotive automation optimists believe it will be only a matter of time until fleets of AVs are merged into shared public transportation networks. But as Levassar points out, “No city wants to see a herd of fleets pop up in their streets, like we saw at the beginning when e-scooters were first launched.”

“This is why it’s important that local regulation is developed in order to optimise the use of these vehicles by making sure that each area has the right number of autonomous buses, for example, to meet the local demand for transit,” he continued. “So, I hope to see integrated fleets in the public transport network, with more electric and autonomous vehicles, so that we can serve everyone.”