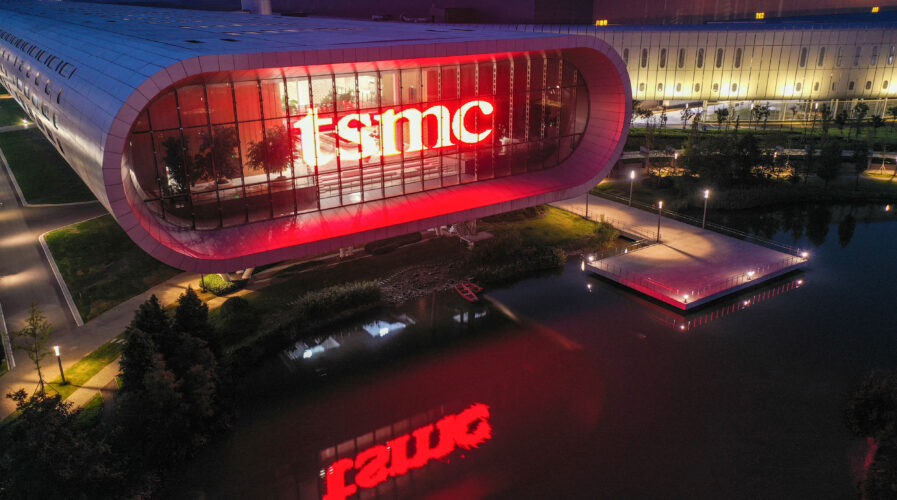 TSMC warns of a price hike for its chips and Apple, its largest customer, is unhappy. (Photo by AFP) / China OUT

TSMC warns of a price hike for its chips and Apple, its largest customer, is unhappy

In August this year, it was reported that Taiwan Semiconductor Manufacturing Co (TSMC), the company largely responsible for the custom chip needs of US tech giant Apple Inc, was raising prices of nearly all advanced processes around this time of the year. The company later on changed its direction and formally told its customers that the price rise would only take place in 2023. Now, there are talks that the biggest chip producer in the world is still hiking its chip prices next year, but this time it is by six to nine percent, depending on the fabrication process.

For context, Apple, TSMC’s largest customer, is expected to use its latest A17 bionic chips in the upcoming iPhone 15 Pro models. To make the A17 processor, TSMC will have to use its latest 3nm process and given the increased sophistication of the fabrication process, the Taiwanese giant has reportedly told Apple it plans to increase the price it charges — and the latter is not open to that idea.

As it is, chips by TSMC are already around 20% more expensive compared to those from its direct rivals. To top it off, TSMC has committed US$100 billion in new investment over the next three years, and that gives the company the room to increase its prices to maintain its premium and pass added costs on to clients.

Therefore, with Apple apparently refusing to accept further price increases following negotiations with TSMC, it may not augur well for the Taiwanese giant given that it makes all of Apple’s custom silicon chips. To put into context the severity — Apple is estimated to make up more than one quarter of TSMC’s entire revenue, which also means that the companies are fairly reliant upon each other.

At the time of writing, neither Apple nor TSMC has made any official statement, confirming the said news but if Economic Daily News were right, TSMC is also apparently keen to stop its clients from canceling orders and ordering more chips than needed. The move is apparently to secure production line space, which will gain them additional support from contract chipmakers.

The move would also allow TSMC to understand real demand of the market at the given time. Even Samsung, the second-largest firm in the semiconductor market, was reportedly planning to increase prices of production. Samsung, who is also the world’s largest memory chip maker and the second largest contract chip manufacturer after Taiwan’s TSMC, is said to be talking with foundry clients earlier this year, about charging as much as 20% more for making semiconductors this year.

According to an initial report by Bloomberg, Samsung is basically “joining an industry-wide push to hike prices to cover rising costs of materials and logistics”. The report, if proven true, would actually mean a shift from Samsung’s relatively stable pricing policy last year, even when the industry rushed to raise prices in the wake of a global chip shortage.

On the same bandwagon, Intel too confirmed the news by Nikkei from mid this year, that the chipmaker has begun telling customers that it plans to increase prices for a “majority of its microprocessors and peripheral chip products.” That includes CPUs for servers and PCs as well as Wi-Fi chips and connectivity silicon. The semiconductor giant did not specify to us which products would be impacted.