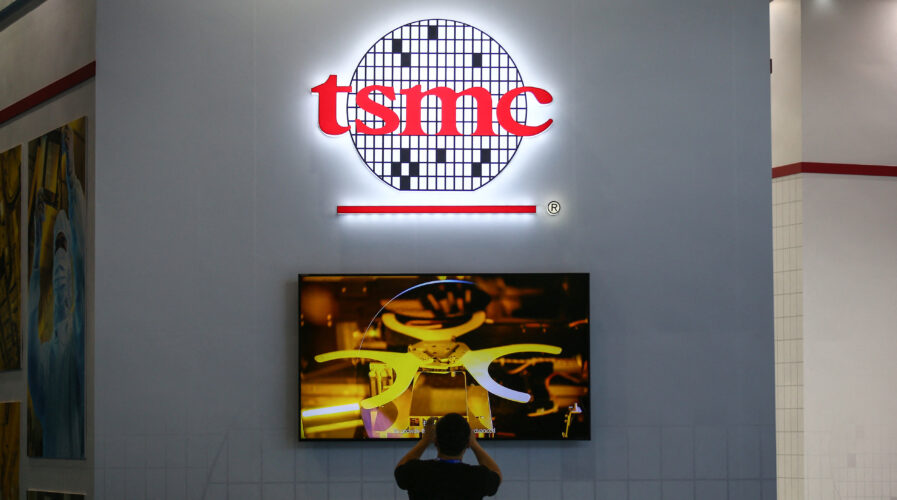 TSMC shared some outlook on the semiconductor industry in its Q2 earnings call. Here’s a rundown. (Photo by AFP) / China OUT

Considering how Taiwan Semiconductor Manufacturing Corporation (TSMC) controls most of the world’s semiconductor production, its performance and outlook for the industry simply sets the tone for others in the market. Just last week, TSMC reported another quarter of record profits, booming sales, and high margins. Amidst the highs however, the world’s largest semiconductor manufacturer had warned of a cyclical downturn in the chip industry and pressures from soaring inflation.

For starters, TSMC reported a 76.4% increase in net profit to NT$237.03 billion (US$7.92 billion) for the second quarter this year, the fastest quarterly earnings growth in two years, as a favorable exchange rate and cost savings pushed its gross margin to a record 59%. Revenue concurrently climbed 43.5% to NT$534.14 billion. Overall, those figures were bolstered as the company hiked prices for its products in the face of rapidly rising raw material costs.

With that, the Taiwanese giant forecast US$19.8 to US$20.6 billion in revenue in the third quarter, a 35.7% increase compared with last year. It increased its full-year growth target to about 35% up from just under 30% previously.  Despite the bullish outlook, TSMC highlighted concerns on rising costs, including for electricity and manufacturing tools, which it said could affect its profitability.

The company warned that many semiconductor vendors are reducing inventories. TSMC’s chief executive CC Wei told investors on an earnings call that “We do have mid-thirties growth this year, but we also expect our customers to start to take action to reduce their inventory levels — the inventory correction will last at least into the first half of 2023.” Wei reckons this type of adjustment is reasonable, after two years of pandemic-driven stay-at-home demand. 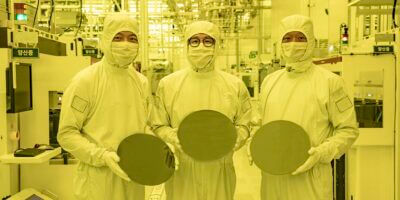 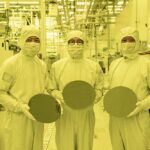 “Our expectation is for the excessive inventory in the semiconductor supply chain to take a few quarters to rebalance to a healthier level. We foresee a few quarters of inventory adjustment into the first half 2023,” he added. To put it into context, TSMC supplies to nearly all major semiconductor producers, from Apple and Qualcomm to Nvidia and Broadcom. Therefore, its earnings are often seen as a key barometer for demand in the broader electronics sector.

Overall, TSMC’s profits are up in part because its customers’ demand for chips is still ravenous. In the last quarter alone, the company sold US$18.2 billion worth of chips, about twice as much as it did in a typical pre-pandemic quarter.

Echoing the sentiment of the semiconductor industry in general, Wei claimed that even his company’s suppliers have been facing greater challenges in supply chains, which are extending tool delivery times for both their advanced and mature nodes. Overall, the delay is even pushing back the company’s plans to expand its manufacturing capacity. Some new assembly lines, slated for construction this year, will have to wait until 2023, Wei said.

TSMC plans to trim its capital expenditure for 2022 to US$40 billion, down from US$44 billion.Tech Wire Asia had recently reported that SEMI, a global association of companies involved in the electronics design and manufacturing supply chain, believes that the lack of semiconductor which was initially triggered by the pandemic, has now turned more complicated due to the lack of tools required to make chips.

To be precise, now the world has 92 fabs in the pipeline, but there aren’t sufficient chips for manufacturing equipment needed to expand capacity.

Is the shortage within the semiconductor industry coming to an end?

During TSMC’s earnings call, there were glimmers of hope indicating that the chip shortage is starting to ease. Wei told investors that supply is catching up to demand in one corner of the semiconductor market: chips made for smartphones, laptops, and other personal electronics. Plus, TSMC and other companies have produced too many chips for personal electronics.

That said, Wei predicted it would take at least until 2023 to sell off the glut of chips on the market. The excess supply could eventually help bring down prices. Considering the slowed demand, TSMC plans to repurpose assembly lines dedicated to smartphone and laptop chips and put them to work making chips for cars and data centers.