Did Singapore just overtake Malaysia in the 5G race?

As 2020 kicked off, neighbors Singapore and Malaysia found themselves on very similar trajectories when it came to 5G, the next generation of telecommunications speed and efficiency standards that will gradually overtake current standard-bearer 4G to become the dominant communications standard on the planet.

Some of the more tech-savvy nations in Asia have already introduced wider rollouts of 5G networks over the last year or two, including China, South Korea, Japan, Australia, and New Zealand. In Southeast Asia, regional big boys Singapore and Malaysia were expected to be the earlier adopters of 5G in the region, with both having established licensing guidelines to auction off 5G spectrums, and both looking to consolidate extraneous networks to deliver the optimal speed and network latency expectations that comes with higher-performance 5G.

But neither Malaysia nor Singapore was able to carry forward with their initial 5G plans, as the global health pandemic halted planned spectrum auctions and delayed planned network tests by the main telco operators on both sides of the Causeway. Instead, Thailand which had auctioned its 5G frequencies in February to its major telcos, took the early lead in the “race” to adopt the new standard when 5G-enabled applications and virus-combating IoT robots began to appear in most of Thailand’s major urban areas.

The delays might have proved costly to both Malaysia’s and Singapore’s major mobile network carriers, but now Singapore’s second-largest operator, StarHub, has just introduced its first, six-month-long 5G trials in the island state.

StarHub had already been harnessing 5G in industrial trials, but this trial together with technology partner Nokia will provide higher data bandwidth and increasingly reliable connectivity to its subscribers for the first time.

StarHub was able to launch its network trial without a major infrastructure overhaul on legacy 2100MHz spectrum band, relying on an existing 4G framework and making use of Nokia’s end-to-end core and radio solution to efficiently transmit 5G services coverage via existing 4G infrastructure.

StarHub says it will incrementally expand its 5G non-standalone network coverage, and expects its 5G reach 70% of populated areas by next month. Singapore’s second-biggest carrier plans to introduce 5G commercial and business plans by the middle of next year and is in the process of building standalone 5G architecture with sometime rival, M1.

But what of Malaysia? Months after the original 5G spectrum plans were scuppered, Malaysia’s communications minister was embroiled in controversy recently when he issued the 700MHz spectrum to four network operators without having an open tender process first. 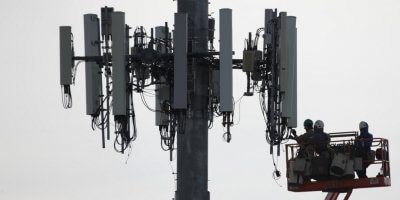 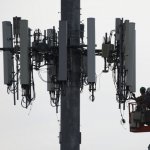 APAC TELCOS TO SPUR ECONOMIC RECOVERY WITH $331B SPEND ON 5G

The move drew calls of a lack of transparency to the tender process, and the minister withdrew his decision within 24 hours of the scandalous pronouncement. Following that debacle, there is still no official decision on how Malaysia will be stepping up its 5G plans, especially when faced with the progress being made by its diminutive neighbors across the Johor Straits.

Starhub does not appear to be overly concerned, with Chief Technology Officer Chong Siew Loong saying, “At StarHub, we are excited to be the first to offer customers in Singapore the 5G experience. We continue to develop and advance our Network towards SA 5G [standalone 5G] through close collaboration with our trusted partners… We look forward to harnessing the full potential of 5G for Singapore.”