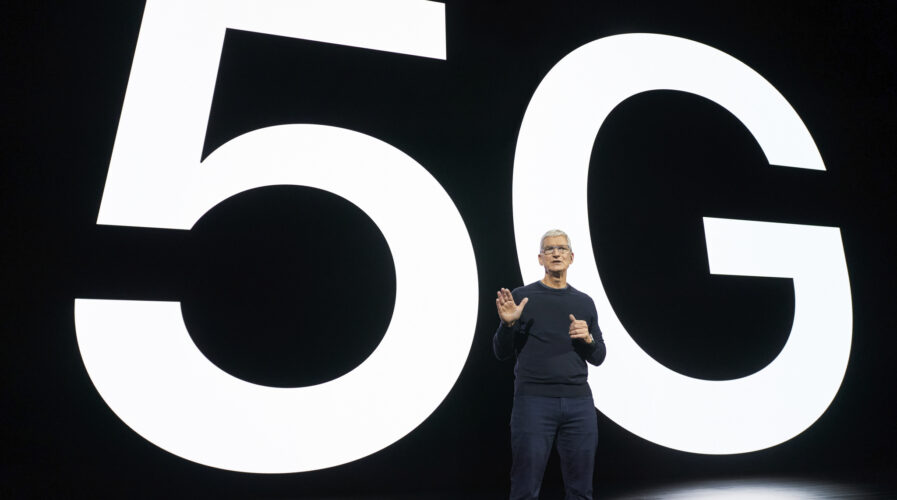 So you’re getting an iPhone 12? Here’s when you can use 5G. Source: AFP

So you’re buying an iPhone 12? Here’s when you can use 5G

Joining the half-a-dozen 5G-capable smartphones on the market this year was Apple’s iPhone 12 range. All four phones — including the iPhone 12 mini and iPhone 12 Pro’s most significant addition — is its support for 5G.

That also means arguably the biggest feature on the iPhone 12 will be largely out of Apple’s control and firmly in the hands of the mobile service providers. Depending on your carrier and where you live, your 5G experience on an iPhone 12 could vary greatly.

It is also applicable to every single 5G-enabled Android phone that has been released thus far.

This is because the current state of 5G globally is pretty nascent, with only 24 markets globally is live with the fifth generation of wireless communication standards, according to GSMA’s annual state of the global mobile economy report.

The full 5G network roll-out is likely to take another five to seven years. By 2025, 5G will account for 20% of global connections, with take-up particularly strong across developed Asia.

Even the US’s 5G adoption, coverage, and speeds remain abysmal compared to other countries like South Korea and China. In fact, 5G speeds on offer from major US wireless carriers like AT&T and Verizon are actually slower than speeds on existing 4G LTE networks, according to PCMag.

Hence, iPhone 12 buyers, especially in the Asia Pacific except for China and South Korea, could face a challenge since 5G is still in the process of being rolled out and services using the network’s faster speeds remain relatively limited.

Simply put, iPhone 12 buyers may not experience massive differences compared to their old 4G phones, at least not right away.

What is 5G and where’s Asia in the league?

5G is the fifth generation of wireless communication standards that has faster and greater bandwidth than existing 4G LTE networks. This would eventually mean rapid video downloads and improved experiences with services like augmented reality and live gaming, among other consumer perks.

For now, the list of consumer services and capabilities enabled by 5G remains relatively short.

Despite this immature 5G market, Opensignal’s data now shows that users in five countries enjoy an active 5G connection for more than one-fifth of the time. The US’s 5G users connect 21.4% of the time to 5G, placing it in fifth place for 5G availability, only just behind South Korea and ahead of six European countries.

Meanwhile in the Asia Pacific, the pandemic has had a more tangible impact on 5G in APAC as the region features some of the most advanced 5G network deployments in the world, with South Korea, China, and Australia among the countries with nationwide 5G deployments in progress.

Most recently, Singapore has finally deployed its first 5G standalone (SA) trial network at its testing facility this past week, allowing early its 5G standalone network access to local enterprises first. This is so that they can get a head start on developing and testing out 5G-based solutions.

Malaysia on the other hand, which was expected to be the earlier adopters of 5G in the region, has pushed its 5G launch to 2022.

What’s in it for Asian buyers?

Market experts would caution against buying Apple’s latest model of iPhones just because it has 5G, given the compatibility issues and other problems that arise with new technology. Any buyer not located in any of the 27 markets that have 5G mobile connectivity ready won’t be enjoying any kind of 5G connectivity.

Hence, for most consumers, the experience on 5G might just feel a lot like 4G. Of course, one is not limited from using 4G networks with the iPhone 12.

Another way to look at it is, buying a 5G phone as an insurance against the future more than it is an immediate benefit today. Still, the inclusion of 5G, while expected, isn’t much of a selling point just yet, at least for the Asia Pacific region.