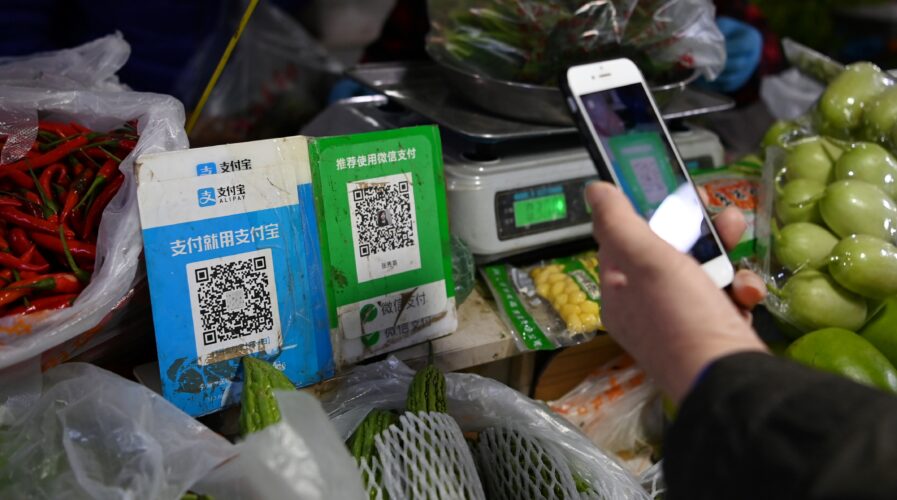 In October, China unveiled its draft personal information protection law, a significant move to regulate the collection and usage of personal data. The draft said organizations who violate the law would face a fine of up to 50 million yuan or 5% of annual company revenue.

The new rules are part of regulators’ attempts to redefine and rethink fintech, amid concerns that technology has usurped the fundamentals of finance, creating potential systemic risks in the world’s second-largest economy.

Once the law is passed, fintech companies will have to figure out how to access enough data to improve their model while at the same time, protecting consumer privacy. The reason why antitrust officials stepped in is largely due to China’s tech giants’ expertise in using data and then analyze that information with algorithms to continue innovating and improving the customer experience.

All that just to build a much more accurate picture of a user’s credit profile by using a range of online data as opposed to traditional credit scoring. In fact, Chinese tech giants have a secret recipe that can improve one’s buying journey giving some of the players the leverage to fetch a bigger share of the consumer finance market.

According to a report by South China Morning Post (SCMP), the consumer finance market is an industry that has always been on hand to fund impulse buys or bigger ticket items that people want to buy now and pay for later.

It is important to note that China is the world’s largest fintech market, where physical cash is hardly used in daily life and cashless mobile payments topped US$14 trillion in the fourth quarter of 2019, according to the People’s Bank of China (PBOC). These “big tech” firms include the likes of JD Digits, Lufax, and Ant Group, an affiliate of Alibaba Group Holding.

The country’s tech giants including Alibaba and Tencent Holdings have built an entire ecosystem around data. For example, the recommendation system on Alibaba’s e-commerce platform Taobao will recommend products to consumers based on their personal preferences, then a user can buy via Ant’s Alipay payment platform.

Should the customer have insufficient free cash, they can use Ant’s Huabei, which works like a virtual credit card. The AI model of Ant Group, an affiliate of Chinese e-commerce giant Alibaba Group Holding, whose mega IPO was recently put on hold by the country’s regulators, is such that it crunches a range of data points on a customer to better gauge risk for lenders, automatically setting credit scores for millions of users.

SCMP also noted that before the pandemic hit, Ant has facilitated about 1.7 trillion yuan (US$258.4 billion) in consumer loans with an average 30-day delinquency rate of around 1% to 2%, which is very competitive against the average delinquency rate at China’s big four banks.

The delinquency rate refers to the percentage of loans that are past due, indicating the quality of a lending company’s loan portfolio. Ant’s 30-day delinquency rate on consumer loans increased to 2.97% in July this year, compared to 1.76% in January at the outset of the pandemic, according to data from its prospectus.

The terms of the loan for Ant will be largely determined by the group’s Zhima Credit, a credit-scoring system based on a user’s digital footprint, including records from payment systems and even whether he or she returned a shared power bank on time. If a consumer is willing to offer more personal information, such as their record of house purchases or even details of their professional LinkedIn profile, he or she can potentially get a higher score at Zhima Credit.

Simply put, as small companies’ credit history is not good enough, most traditional banks are unwilling to do business but if those companies go to WeBank, and they have used WeChat Pay to transact in the past and their record is good, WeBank will approve the loan.

With internet giants and online lenders such as 360 Digitech, Lexin, and Yiren Digital account for a much larger piece of China’s consumer loans, regulators are increasingly unnerved by their cozy relationship with banks in the trillions of yuan of loans extended to borrowers. Their combined share may grow to a third of China’s 11.8 trillion yuan (US$1.8 trillion) consumer loan market this year, from 17% in 2017, according to an April research note by China Renaissance.

Hence, the proposed rules in fintech, which would require lenders like Ant to pony up the equivalent of 30% of their loans book in the capital, may substantially change their business model of co-lending alongside banks.