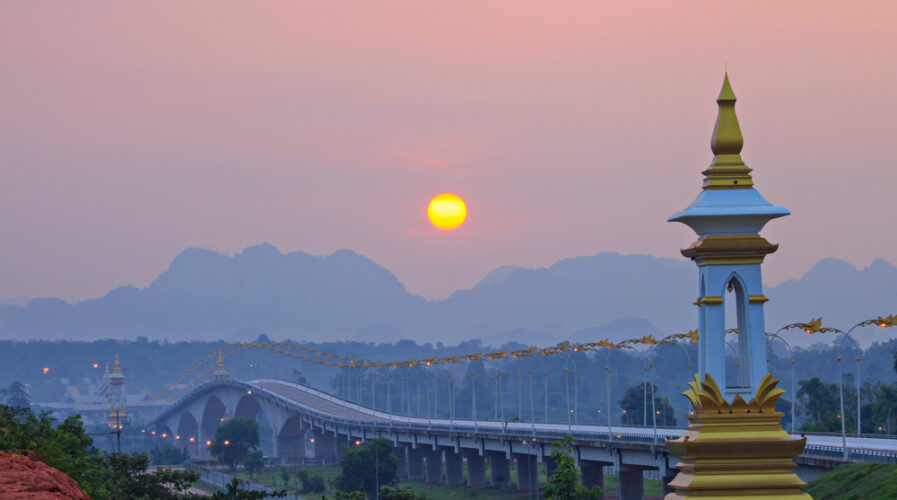 While certain Southeast Asian states have seen accelerated digitization during the pandemic, pre-existing economic limitations in Laos meant that the pandemic hit the tiny nation hard.

Laos has only had 24 recorded COVID-19 cases as of October 2020, but it has not been immune from the global economic downturn, with multiple channels impacted including tourism, trade and investment, commodity prices, exchange rates, and lower remittances.

Although the impact of the pandemic on the economy is expected to persist for some time this year, the government was optimistic that the economy would recover to some extent due to the uninterrupted construction of some large-scale development projects, according to the Laos Prime Minister Thongloun Sisoulith.

This includes the completion of the first phase of the China-Laos Expressway, the country’s first smart expressway that connects Vientiane to Vangvieng, jointly developed by China’s Yunnan Construction and Investment Holding Group in conjunction with the cooperation of the Lao government.

Those are not the only partners, as technology partners Huawei and Yunnan Huayuan Electronics Co Ltd have delivered an IT and communications platform for the highway that leverages cutting-edge cloud computing, the Internet of Things (IoT), and a security management system.

IoT equipment and data communication gear are deployed along the Vientiane-Vangvieng Expressway phase to collect and transmit data to an integrated solution capable of analyzing big data along with other real-time services such as intelligent monitoring, intelligent charging, emergency response services, and decision analysis capabilities.

And with Laos’ first 5G network planned for this year, Huawei and Yunnan already have intentions to integrate 5G along with artificial intelligence components that will enable the smoother upgrading of infrastructure technology when the time comes.

What this means for businesses

The completed first phase is expected to yield many singular benefits new to Laos. Besides halving the travel time between capital city Vientiane and resort town Vangvieng from 2.5 hours to just one hour, the smart expressway will renew a link in the country between two local tourism hubs.

While border restrictions are still being imposed, the shorter journey from the capital will facilitate better local sightseeing opportunities, enlivening trade for Vangvieng’s depleted tourism trade. “There has been a significant increase in hotel bookings during this period… [The Vientiane-Vangvieng expressway] integrates high-tech and engineering construction, modern concept and cutting-edge technology to ensure driving safety,” commented Phokham, a staff member at Tmark Resort Vangvieng.

“I believe that after the opening of this expressway, it will help to boost the tourism and economic development, and my income will also increase accordingly,” Phokham continued. Besides improving economic opportunities for certain sectors, the new land route will also encourage the development of dormant regional resources, allowing for better logistical support.

Lastly, this collaboration will no doubt spur even more socio-economic trade and cooperation between Laos and China. This can be seen in the appointment of Huawei as a preferred technology partner, especially for the firm’s lengthy experience in many communications and tech spaces, including of course robust 5G networking expertise.

Huawei suffered from a prolonged anti-China technology campaign from the US and the many allied nations who feared the telecommunications company’s ties with the Chinese government. Many countries backed out of 5G deals with Huawei, but many nations throughout Asia Pacific and Africa will still look to Huawei to assist with high-speed network rollouts – providing a 5G lifeline for the company once hailed as the high-speed networking market leader.

The establishment of this first smart expressway is the first technologically-proficient infrastructure development to hit Laos since the pandemic and is one of the first steps in building towards smart city developments in the coming years.