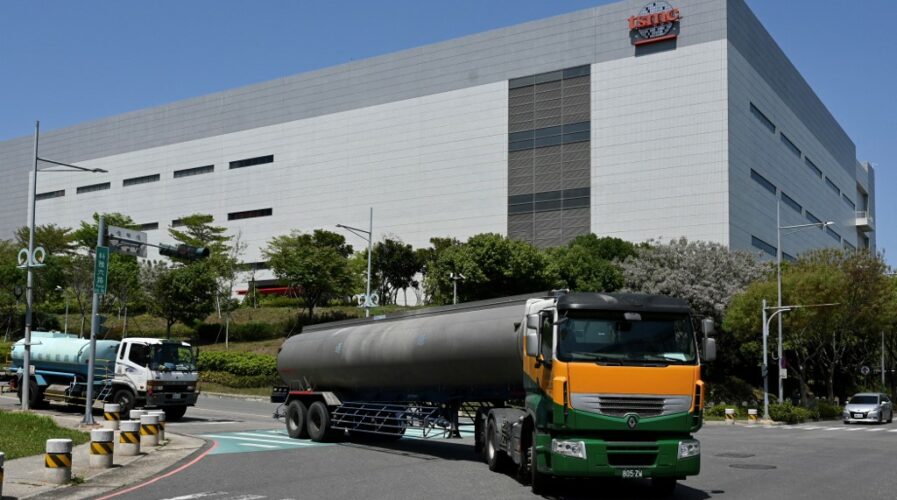 Taiwanese chip manufacturer TSMC produces over half of the world’s semiconductors.(Photo by Sam Yeh / AFP)

Taiwanese chipmaker TSMC on Tuesday confirmed a previously negotiated deal for a US$7 billion deal to build its first-ever semiconductor chip plant in Japan with Sony Semiconductor Solutions (SSS) Corporation, a Sony subsidiary.

This news comes amidst an ongoing global chip shortage that has affected supplies for and prices of goods, from vehicles, to paint, to consumer goods.

Earlier last month, Tech Wire Asia reported that the two companies were in talks to jointly build a chip factory in Japan’s Kumamoto Prefecture. The Taiwanese chipmaker had announced plans to commence construction of the factory in 2022.

This week, both parties sealed the deal for a US$7 billion plant, which is expected to be fully operational by 2024.

Taiwan Semiconductor Manufacturing Company (TSMC) is the world’s largest contract chipmaker, accounting for over half of the world’s supply of semiconductors.

TSMC produces chips for tech giants across the world, including Apple, Huawei, and AMD, among others, placing it on the map as a leading-edge producer of semiconductors for the world.

In the fourth quarter of 2020 alone, TSMC recorded a market share of 55.6% of the global semiconductor foundry market, whereas regional rival Samsung occupied only a mere 16.4%.

Tuesday’s statement by the chipmaker further clarified last month’s announcement and confirmed that the initial expenditure on the plant would come up to US$7 billion.

Previously, Tech Wire Asia reported that the Japanese government was going to cover “up to half” of the US$7 billion in costs, but the statement did not elaborate beyond that the government would be “offering strong support”, reported AFP.

Local Japanese media, however, reported that the government is considering pumping over US$4 billion into the venture.

In the statement, the firms will form a joint Japanese subsidiary, with Sony’s SSS holding less than 20% of equity, with an investment of approximately US$500 million.

“While the global semiconductor shortage is expected to be prolonged, we expect the partnership with TSMC to contribute to securing a stable supply of logic wafers, not only for us but also for the overall industry,” SSS President and CEO Terushi Shimizu said in a statement.

Experts reckon that the ongoing chip shortage would go on until 2022, sending governments and chipmakers around the world into a flummox to diversify and rely on other chipmakers.

According to the companies, the expected plant is expected to produce around 45,000 12-inch wafers monthly, and create around 1,500 professional jobs.

According to a report previously carried by Tech Wire Asia, the factory will “make semiconductors used for camera image sensors, as well as chips for automobiles and other products”, adding that the factory would be TSMC’s first chip production operation in Japan.

This comes on the back of the Japanese government’s approval of a US$338 million semiconductor research project to develop cutting-edge chip technology with TSMC earlier in June this year.

It was reported in August this year that TSMC had maxed out its production and bookings of both 3nm and 5nm chips. TSMC is also the most valuable publicly-traded company in Asia, beating the likes of Tencent, due to its advanced manufacturing nodes.

This has led to a chain reaction where electronics companies such as Qualcomm, which supplies chips to phone makers, seek out alternatives such as Korea’s Samsung to produce its signature Snapdragon processors used in mobile phones. It was also reported that the Taiwanese company was prioritizing chips for high-value clients such as Apple, further crippling other industry players amidst the crippling global chip shortage.