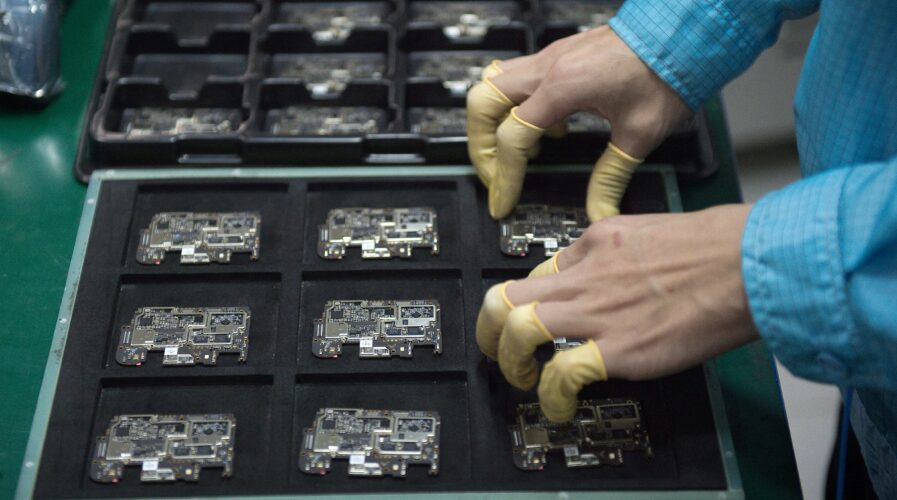 Despite having odds stacked against them, China’s largest chipmaker Semiconductor Manufacturing International Corporation (SMIC) still managed to record a stellar 2021, with a 39% increase in its revenue while profit surged by a staggering 138%. The company attributed most of its growth to a “strong demand for local and indigenous manufacturing” despite battling with global chip shortages and US sanctions.

“The global shortage of chips and the strong demand for local and indigenous manufacturing brought the company a rare opportunity, while the restrictions of the ‘Entity List’ set many obstacles to the Company’s development,” SMIC said in a statement last week.

As China’s largest foundry–a company that manufactures chips that other firms design–SMIC competes with the likes of Taiwan’s TSMC and South Korea’s Samsung but SMIC’s technology is several generations behind. SMIC’s ability to close the technology gap with TSMC however has been hindered by US trade sanctions, imposed because of its alleged ties to the Chinese military – a charge the firm denies.

SMIC however believes it is growing faster by revenue than the world’s top contract manufacturing chipmakers, outperforming its bigger peers including TSMC, Globalfoundries, and United Microelectronics. During an investors’ call last Friday, SMIC’s co-CEO Zhao Haijun even said that the company is not as concerned about oversupply as other players are.

“Maybe there will be oversupply for a certain chip production technology, but because of the strong demand for indigenous production, we can dodge the risks,” he said. Zhao highlighted that the company’s production capacity is still far from meeting even 10% of their customers’ demand.

“Our customers are closely supplying electronics makers and system companies, and they want to have this regional supply chain, and they need production capacity in China,” he told investors, according to a Nikkei’s report.

So far, SMIC is building three chip plants — in Shanghai, Beijing and Shenzhen — to triple its capacity. These plants will not affect the market’s overall capacity, given the company’s relatively small market share of around 6%, Zhao said. “We will not affect the others, and [this] will not lead to oversupply,” the co-CEO said. SMIC’s diverse client base and product offerings mean the company can also “hedge” risks of market oversupply, he added.

The plants currently under construction in Beijing and Shenzhen are expected to be ready for production by the end of this year, while its US$8.87 billion plant in Shanghai will start construction by early this year. In terms of capital expenditure for this year, SMIC plans to increase it to around US$5billion to support the three aforementioned chip plants and capacity expansion for some of its existing facilities.