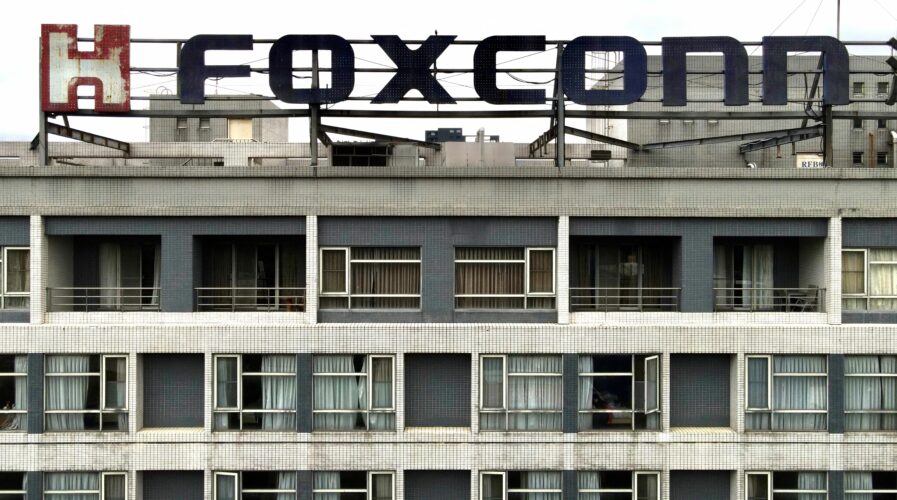 Taiwan’s Foxconn is setting up a semiconductor factory in Malaysia for EVs. (Photo by Sam Yeh / AFP)

As the push for electric vehicles (EVs) intensifies over time, demand for facilities are ramping up as well, as automakers push for higher production. Key iPhone assembler Foxconn, as part of its EV push, have been accelerating its collaborations around the region as well with the latest being in Malaysia. The Taiwanese electronic giant is collaborating with its local partner to build a semiconductor production facility dedicated for EVs.

In a filing to the local bourse, Malaysia’s Dagang NeXchange Berhad (DNex)  said it has inked a memorandum of understanding (MoU) with Foxconn’s wholly-owned subsidiary, Big Innovation Holdings Ltd (BIH), to set up a joint venture company for that purpose. The collaboration would result in Malaysia’s first 12-inch chips manufacturing plant. capable of producing up to 40,000 wafers per month in 28-nanometer and 40-nanometer technology.

As Nikkei puts it, the 28nm and 40nm are the most widely used chip production technologies for microcontrollers, sensors, driver integrated circuits and connectivity-related chips, including Wifi and Bluetooth. Concurrently, major chipmakers like Taiwan Semiconductor Manufacturing Co., United Microelectronic Corp, and China’s Semiconductor Manufacturing International Co. are all expanding capacity for 28-nanometer chips.

While the finalized location or investment amount for the upcoming semiconductor plant were not shared, DNeX group managing director Tan Sri Syed Zainal Abidin Syed Mohamed Tahir has previously indicated that the group has excess land in Kulim, Kedah, the first high technology industrial park in Malaysia. That lad could ideally fit another wafer plant block, according to him. 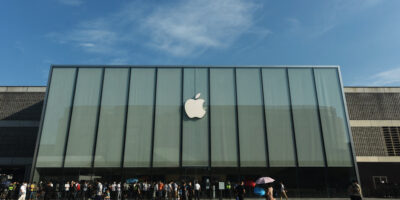 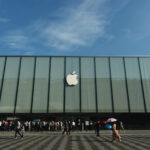 For Foxconn, if the plan materializes, it will mark another milestone for the Taiwanese giant when it comes to enlarging its presence in the semiconductor field, an important move to accelerate its EV ambitions. It is also in line with the Malaysian government’s agenda to strengthen its semiconductor industry.

Currently, Foxconn owns about a 5% stake in DNex with one seat on its board. That has in turn, given the iPhone assembler indirect control over chipmaker Silterra’s 8-inch chip plant in Malaysia. DNex is the parent company of Silterra.

Other recent updates on the semiconductor facilities in Malaysia includes Infineon, the biggest European chipmaker, investing 2 billion euros to expand its manufacturing facilities in Kulim, Malaysia, for power semiconductors, a key component in EVs.

At this juncture, the global EV market is expected to reach US$1.3 trillion by 2028 at a compound annual growth rate of 24%, Fortune Business Insights forecasts. The automotive semiconductor market is estimated to grow from US$35 billion in 2020 to US$68 billion in 2026, Taipei-based Market Intelligence & Consulting Institute have said.

Given that automotive production only restarted around the world in late 2020, after the first wave of the pandemic, the rush to get automotive chips has grown and remains strong because of “pent-up consumer demand” for EVs and hybrids, Moody’s Investors Service said in a commentary note.

That said, Foxconn, a “latecomer” to EV technologies, is using mergers, acquisitions and cooperation with third parties to get ahead. Some examples include how the Taiwanese assembler at its factories in China has been shifting toward EVs over the past year. In 2021, Foxconn reached deals with Los Angeles-based startup Fisker and global auto-making giant Stellantis to make electric cars in the US and co-develop automotive chips, respectively.

Additionally in China, the world’s biggest EV market, Foxconn is working with domestic car maker Zhejiang Geely Holding Group. Besides all that, Foxconn has invested in Taiwanese electric scooter developer Gogoro over the past year to help its push into EVs. Foxconn also bought a chip plant in the northern Taiwanese city of Hsinchu — the heart of Taiwan’s chipmaking cluster — in 2021 to develop silicon carbide chips for automotive uses.

In other parts of Southeast Asia, Foxconn in February this year, announced plans to build a chip facility in India with local natural resources conglomerate Vedanta. In Thailand, it also collaborated with Thai energy conglomerate PTT Group (PTT) to begin mass producing EVs by 2024.