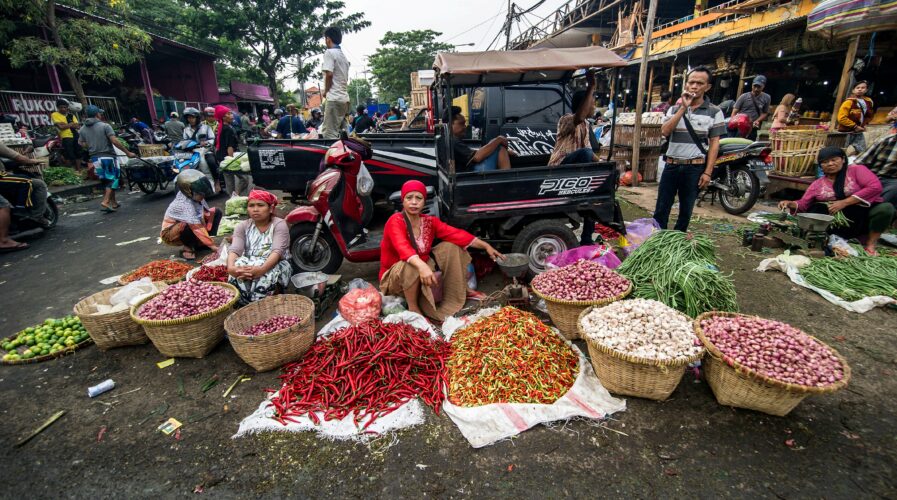 Here’s how Bukalapak is transforming Indonesia — one ‘warung’ at a time. (Photo by Juni KRISWANTO / AFP)

In Indonesia, nearly 80% of all retail spending happens in ‘warungs’, roadside stands or kiosks that serve as community oases for Indonesian neighborhoods. While the country has been rapidly digitizing, many of those mom-and-pop stores remain firmly analog. Bukalapak, meaning “open a stall”, is one of around dozens of e-commerce startups competing in Indonesia to bring them — and the rest of the archipelago’s 65 million small businesses — online.

Traditional stores have long been more competitive in terms of pricing compared modern retailers, mainly due to lower operating costs in the nation. Even in the middle of the pandemic, traditional stores’ market share in Indonesia reached 68.9% of retail spending for 2021, an increase from 66.6% in 2020, according to Nielsen Retail Audit. In contrast, the market share of supermarkets and hypermarkets during the same period declined to 5.9% (2020: 7.0%) while that of mini markets fell to 25.2% (2020: 26.4%). 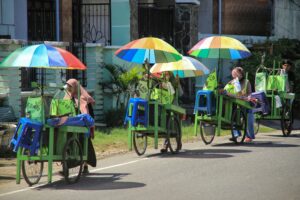 Food vendors push their carts to a market in Lhokseumawe, Aceh on November 19, 2021. (Photo by Azwar Ipank / AFP)

That is exactly the reason why the ‘warung’ segment, one of the most common forms of MSMEs in Indonesia, is seen as a segment with vast potential — especially for companies like Bukalapak From focusing exclusively on e-commerce once upon a time, Bukalapak in Indonesia eventually gave birth to Mitra Bukalapak in 2017, something that started off just  as an “experimental project”. Today, the very project has turned Bukalapak, the first tech unicorn in Indonesia, into a dominant player among online-to-offline (O2O) platforms in the country, with 42% of warungs using its app. 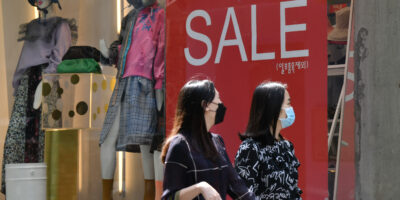 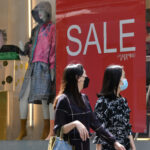 Mitra Bukalapak basically invented one of the region’s most in demand sectors — warung-tech. In fact, over the last five years they have been digitizing the business model of traditional mom-and-pop stores in Indonesia, one warung at a time.

On that note, Tech Wire Asia were recently given the opportunity to discuss with Bukalapak’s chief technology officer Jun Yao about MSMEs in Indonesia, and how they connect warungs to a wider addressable market.

The interview below has been edited for length and clarity.

With Bukalapak racing to bring 3.5 million small roadside kiosks in Indonesia online, what are the plans as well as the obstacles in digitizing “warungs”?

We are determined to create more innovations for businesses and MSMEs in Indonesia to help them profit in today’s crowded business environment, equip them with the necessary digital tools and know-how so they can remain relevant and competitive, and ultimately bring more value to the everyday Indonesian.

In the long term, I see Bukalapak as that tech enabler for businesses across verticals to grow and profit sustainably, and ultimately propel Indonesia’s economy and digital transformation journey. However, this ambition is not without its challenges, such as the different level of tech literacy among warung and kiosk owners as well as the financial divide.

That is why we are going to continue to provide the access to tools, infrastructure, and expertise needed by these micro and small businesses to overcome that divide. Despite these hurdles, I believe that our 3.5 million goal is achievable.

What is your share in the “digital warungs” space as opposed to your competitors? What also sets you apart from them?

Our grocery service has also grown from serving only four provinces in 2019, to serving all 34 provinces by the second half of 2021. We want to be the Mitras’ partners for the long term, not only to provide them with short-term marketing benefits, but also to help them grow as a business. We regularly read the app reviews and listen to the Mitra’s feedback to better understand their needs.

Therefore, a lot of our focus is mostly in developing our applications, whether it is introducing more SaaS tools to help them interact better with their offline customers, adding and improving our product availability, and our SLAs.

Could you share how many SME sellers, monthly active users, warung partners, Bukalapak has? What about transactions per day?

We currently have more than 110 millions users and 15 million MSMEs partners that utilize our platforms and technologies for commercial activities. 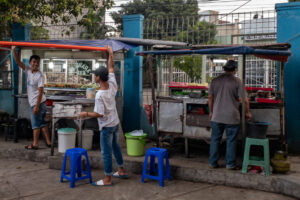 In your opinion, why is it important for MSMEs to be on the digital marketplace?

Since the pandemic, most businesses have either already gone or are going digital to capture customers who stayed home and went online. For those who have not, they now face an urgent choice of either going digital or going bust. This is important because moving online allows businesses to reach a wider pool of customers, bringing those who were previously out of reach into their grasp.

Not only will this drive higher revenues, but it also even opens up possibilities for businesses to enter new markets. As a matter of fact, Indonesia is set to reach over 240 million internet users by 2025. Furthermore, a recent report by Google, Temasek, and Bain projects Indonesia’s digital economy will reach US$330 billion in value by 2023, which is almost five fold compared to the current value of the country’s digital economy at US$70 billion.

This means we need to start helping local businesses go digital to spur growth and efficiency, which will in turn help accelerate the country’s digital progress, allowing it to unleash its next level of economic growth. However, there is still a large percentage of MSMEs outside the big cities, or tier one cities of Indonesia, who still operate offline-only businesses as they lack the digital know-how and resources, making it hard for them to accelerate their businesses in this digital age.

Meanwhile, 70% of Bukalapak transactions come from outside tier one cities, suggesting that big economic potential lies within these areas. That said, businesses that are slow to embrace digital will fall short behind their peers, since digital technologies stand to reap significant economic benefits in the long run. If MSMEs continue to stay offline, this impedes the nation’s digital transformation journey and economic advancement, and by extension, Southeast Asia’s economic growth.

How has Bukalapak’s tech capabilities empower underserved MSMEs to transform every aspect of their business and overcome the digital divide?

To bridge the big digital divide between merchants of modern stores and the warungs in Indonesia, we provide targeted solutions for the underserved MSME community to grow and propel the nation’s digital transformation journey. Through Mitra Bukalapak, we transform these traditional stores into modern all-commerce retailers, allowing them to compete with larger corporations.

Not only can warungs and small kiosks easily order stock of goods from Mitra Bukalapak app and having them delivered at their doorsteps, but they are also now able to sell a wide variety of products, ranging from groceries to digital products like phone credits, electricity tokens, and gaming vouchers, as well as providing numbers of services such as money transfer, e-wallet top-ups, bill payments, and goods delivery.

Going further, with specialized platforms we are currently developing, our solutions are designed to help small businesses that are critical to everyday life and work in Indonesia, from warungs to eateries, building material and auto part stores to barbershops and more thrive in an increasingly digital world.   Specifically, we aim to provide access to digital tools for MSMEs to expand their businesses to both the offline and online communities, allowing them to appeal to a wider pool of audiences and generate higher customer engagement.

For example, we launched BukuMitra, a standalone app from the SaaS feature on Mitra Bukalapak app that allows business owners to do book-keeping, debt recording and repayment in an easy and secure manner. Our other specialized platforms, including gaming marketplaces, e-grocery, merchant solutions, and fintech, are designed to build infrastructure for our MSMEs within and outside our ecosystem to keep on growing. Additionally, to improve digital inclusion, we started a campaign to donate 10,000 laptops to women and students in Indonesia.

We also provided business training sessions, workshops, and seminars for 15,000 women in 2021, out of which, 83% of the participants live outside of Java. This is in line with our commitment to empower women to run their own businesses by providing them with business financing options.

How has the pandemic impacted Bukalapak?

During pandemic time, digital acceleration in Indonesia is happening rapidly, which means that many people are starting to realize the importance of digital platforms in Indonesia. So, the pandemic did not change our approaches, it merely accelerated our plans in making sure our products are available, introducing different digital products, and giving more access to Mitras for physical goods.

Especially for warungs, at the beginning of the pandemic, a lot of our Mitras were losing their offline traffic. The warung owners themselves are reluctant to shop for their stock of goods at crowded places. As a company, we tried to help them in both ends (supply and demand). We delivered goods directly to their doors, all they needed to do was tap on the Mitra Bukalapak app on their phone.

On top of that, through our tight-knit Mitra community, we teached them to start selling and marketing their products through day-to-day online channels such as WhatsApp and Instagram. We also equipped them with our SaaS tools (Sebar Poster) which allows them to create their own posters to share with neighbors / friends / customers. The pandemic has also driven digitalization and e-commerce growth, making goods delivery an essential element.

However, rolling out infinite offline touchpoints has been one of the major challenges for Indonesia’s logistic corporations that are operating on this archipelago. Realizing that warung can be part of the solution, we rolled out the BukaSend feature to allow our logistic partners to connect to millions of offline touchpoints, without having to incur vast amounts of incremental investment, while also helping our Mitras earn extra revenue and help grow their business.

Currently, we are also building a new specialized platform with the goal of supporting businesses universally in the future. This does not mean we are changing our existing platform, but rather, we are building a more structured platform where we can make our processes more agile and fast-paced.

With fintech ambitions in the horizon, are there plans to build an ecosystem beyond just e-commerce? Is there a super app goal?

Rather than an e-commerce player, we’d prefer to position ourselves as an all-commerce player. Our business lines include marketplace, offline to online (o2o), business to business (b2b), financial services, logistics, and many others with the focus on serving merchants and mitras as customers.

We are beyond just an online marketplace because we see value in helping businesses and consumers in Indonesia overcome growth barriers, capture new opportunities and thrive in an increasingly digital world through its technology – from access to credit and financial services, to the creation of new product offerings and reaching more customers through digital channels.

Keeping this momentum moving forward, you could say our goal is to be the super tech enabler for Indonesia’s MSME transformation and various business verticals. When it comes to fintech, we have BMoney, our all-in-one investment platform, in collaboration with Ashmore, that allows everyone to start investing seamlessly and securely from only Rp 1000.

Recently, we took a stake in Bank Allo– a fully licensed digital bank, that has a range of offerings in terms of businesses and personal accounts, PayLater, savings and deposits, payment, and transfer options. By partnering with two behemoths in CT Corp and the Salim Group, who have an incredibly large and captive user base with more than 100m frequent customers, we should be able to make an instant impact.