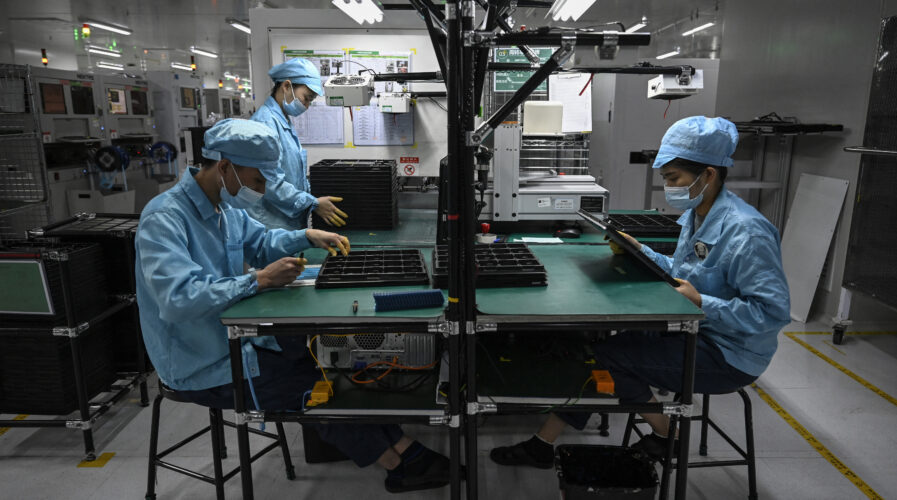 India to pilot ‘parallel testing’ to speed up safety approvals for the likes of Apple, Samsung.(Photo by Jade GAO / AFP)

India to pilot ‘parallel testing’ to speed up safety approvals for the likes of Apple, Samsung

In India, the period it takes for the testing and certification of electronic products is between 16 to 21 weeks. Now, the Bureau of Indian Standards (BIS) is looking into a method that would abort five to eight weeks from the current process, which would ultimately benefit companies like Apple, Samsung and even Xiaomi who have presence in India. The new strategy, known as ‘parallel testing’, allows for the testing of different components of electronic devices simultaneously to speed up their safety approvals.

In an exclusive report by Reuters, the government plans on a pilot test involving earbuds and other products will be decided later on. The decision, according to the report, was taken after a closed-door meeting last Wednesday between officials of the Ministry of Electronics and Information and Technology (MeitY), BIS, Manufacturers Association for Information Technology (MAIT) and executives of firms like Apple and Samsung.

MAIT in a statement said that “For industry, it is directly linked with ease of doing business; for consumers, this will result in faster access to the latest products.” The association, based in India, consists of firms such as Apple, Samsung and Xiaomi, along with global and domestic firms operating in India’s electronics, telecom and IT sector. 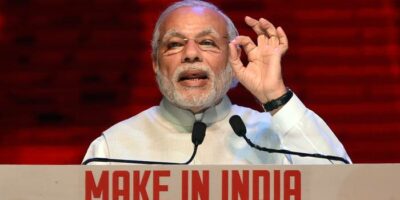 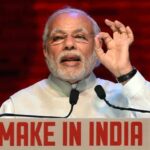 FROM MADE IN CHINA TO MAKE IN INDIA: HOW APPLE IS REDUCING RELIANCE ON ITS CHINESE SUPPLY CHAIN

To trim the time required, BIS, the testing agency, “has agreed to a pilot project where some identified electronics hardware products shall be undergoing parallel testing,” MAIT added. Typically, the cumbersome testing process in India can take up to 16 weeks for a new Apple AirPods model, as the charging case and its components must first secure clearance before the earbuds are assessed.

For a smartphone and its parts, the procedure could take an average of up to 21 weeks. Certainly, the ‘parallel testing’ or anything that speeds up the process would boost India’s competitiveness in electronics, and will align them with global launches of similar products. Of course, the requirement for safety testing by BIS applies to all electronic products in India, whether imported or domestically made.

As Reuters stated, the move will come as a shot in the arm for companies such as Xiaomi and Samsung which sell most smartphones in India and have a combined market share of 46%, as well as Apple, which trails Samsung in the premium category, Counterpoint data shows. The move by India aligns with some of its other efforts in scrambling to remove bottlenecks faced by businesses.

Frankly, Apple has been in the midst of its biggest India push with CEO Tim Cook being quite vocal about the South Asian nation being a key market for the company’s growth. When Apple decided to make the iPhone 13 locally, it was in direct response to the government’s production-linked incentive (PLI) scheme that has given fresh impetus to domestic manufacturing (and assembly) of smartphones in the country.

Of course, with the looming unrest around China, it is not surprising to see Apple, a US company, pushing to move more manufacturing outside of China. Now, the Cupertino tech giant is even considering making the upcoming iPhone 14 in India, according to Bloomberg’s report. In fact, just two months after the product’s initial release out of China, Apple had plans to begin manufacturing the iPhone 14 in India , possibly narrowing the gap between the two countries but not closing it completely as some had anticipated.

Citing people familiar with the matter, Bloomberg reported that Apple has apparently been working with suppliers to ramp up manufacturing in India and shorten the lag in production of the new iPhone from the typical six to nine months for previous launches. “Apple, which long made most of its iPhones in China, is seeking alternatives as Xi Jinping’s administration clashes with the US government and imposes lockdowns across the country that have disrupted economic activity,” the report stated.