There is no denying that Chinese-owned social media platform TikTok has had its fair share of run-ins with misinformation, data privacy and child safety concerns. It came to a point that the ByteDance-owned platform is now the focus of rare bipartisan calls for regulation in the US and there are also concerted efforts by lawmakers to limit the platform’s influence via government-owned devices.

Looking back, when it comes to the US particularly, moves to rein in the video platform have gained momentum only relatively recently, although there’s little debate that the round of regulatory pressure is warranted..Some 19 of the 50 US states have so far at least partially blocked access on government computers to TikTok and most of the restrictions came within the past two weeks.

In fact, last week, some members of Congress in the US proposed a nationwide ban, which would follow countries such as India that have already prohibited the use of TikTok. In response to the moves by the US, TikTok on Monday reiterated a statement, saying the company was “disappointed that so many states are jumping on the political bandwagon to enact policies based on unfounded falsehoods about TikTok that will do nothing to advance the national security of the United States.” 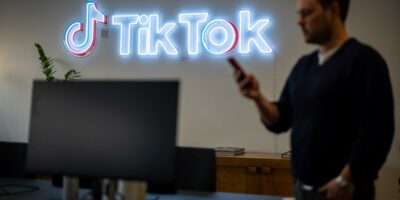 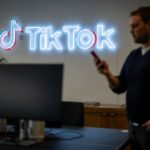 To be fair, US officials and TikTok have been in talks for months about a national security pact that would address the concerns about China’s access to data on TikTok’s more than 100 million US users. Among the issues US lawmakers are most publicly focused on is the app’s connection to China. Perhaps that is why the move to ban the use of the app across various states feels counterintuitive for TikTok, considering they have been trying to work with the US to find a common ground.

TikTok has always said that the data of its US users is stored in data centers in Virginia, and backed up in Singapore. In June, the company announced that all US user data would be routed through servers from the American computing giant Oracle. TikTok even believes the US legislators’ national security concerns were overblown, and that the platform does not share user data with the Chinese government. “Nor would we be asked,” said company spokesperson Maureen Shanahan previously.

What is the issue with TikTok in Taiwan?

With one billion users, the platform, which uses an algorithmic feed to push users short-form videos, has had its fair share of run-ins with misinformation, data privacy and concerns about child safety. Even in Taiwan, the local government has opened a probe into the Chinese-owned social media platform. TikTok is suspected of illegally operating a subsidiary on the island, though the company’s owner denied the accusation, according to South China Morning Post.

In a statement late on Sunday, Taiwan’s China-policy making Mainland Affairs Council said that on December 9, a working group under the Cabinet had discovered that TikTok was suspected of “illegal commercial operations” in Taiwan. It was Taiwan’s Liberty Times newspaper that reported that TikTok’s owner, ByteDance, had set up a subsidiary on the island to tout for business, contravening Taiwanese law that Chinese social media platforms are not allowed commercial operations on the island.

“In recent years, the mainland has used short video platforms like TikTok to carry out cognitive operations and infiltration against other countries, and there is a high risk the Chinese government is collecting users’ personal information,” the Mainland Affairs Council added.

In response to that, ByteDance said, “The company has not established any legal entities in Taiwan,” it said in an emailed statement to Reuters, without elaborating. Even Taiwan has banned government departments from using Chinese apps such as TikTok, the council said.