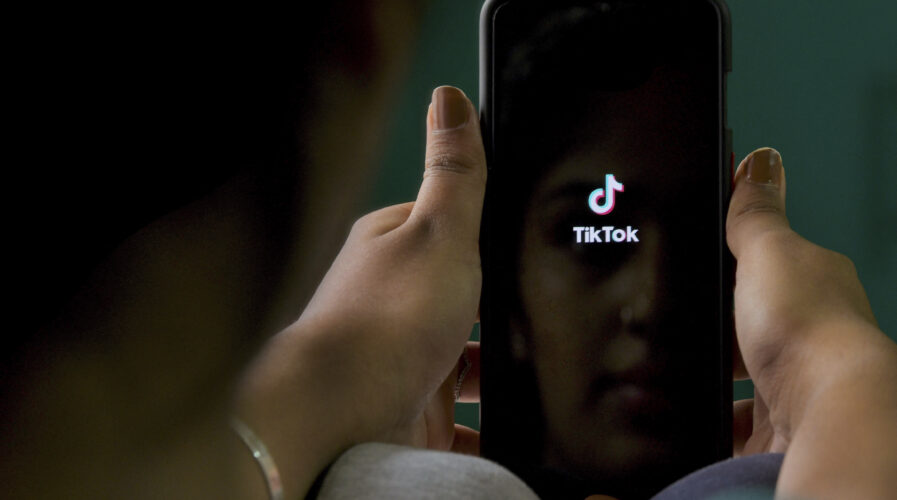 TikTok might be revived in India under a new name

In June 2020, TikTok and another 58 Chinese-owned apps were banned in India following security concerns highlighted by the world’s largest democracy. Now, almost a year later, reports are showing that Tik Tok may be making its way back to the subcontinent.

According to reports in various Indian publications, TikTok could re-enter the country as TickTock, based on a new trademark application filed by parent company ByteDance. Reports show that ByteDance had filed a trademark for TickTock with the Controller General of Patents, Designs, and Trademarks earlier this month.

While there is no official statement from ByteDance, the company is said to be keen to resume its operation in India after the introduction of new IT rules. In January this year, TikTok shut down its operations in India, letting some 2,000 employees go as they were unsure how long the ban in India would last.

With over 200 million monthly active users, India was the biggest international market for TikTok before the ban. However, geopolitical tensions with China led to India banning TikTok and several other applications which supposedly engaged in activities that posed threats to India’s national security.

The filing of TickTock could mark a change for the video platform giant in the weeks to come. India’s new IT rules have already seen companies like Krafton rebranding their PUBG Mobile to BattleGrounds Mobile India to cater specifically to the Indian market. Another brand is Shein, a China-based fashion e-Commerce platform, which has quietly re-entered India through Amazon. Both Krafton and Shein were part of the slew of apps that were banned last year. 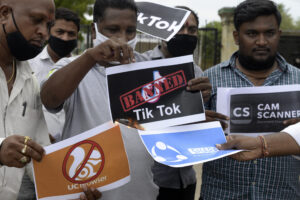 Protestors hold posters with the logos of Chinese apps in support of the Indian government for banning the wildly popular video-sharing TikTok app, last year.  (Photo by NOAH SEELAM / AFP)

The timing for TickTock’s entry is rather interesting, however. ByteDance recently decided to postpone IPO plans in the US or Hong Kong indefinitely after they were ordered by Chinese regulators to focus on addressing data security risks. Companies seeking to raise capital in overseas markets are now facing greater scrutiny after China recently proposed new laws that require all firms heading for an IPO outside of China to undergo a cybersecurity review.

Last month, TikTok started selling some of its AI technology to other companies, including those based in India. The Financial Times reported that some of the features up for sale included the app’s computer vision tech, real-time video effects, automated translation of text and speech functions as well as tools for data analysis and management. ByteDance also allowed customers to tailor tech based on their business needs.

TikTok is also currently banned in Pakistan and Bangladesh. Indonesia announced a ban as well but lifted it after a week. Former US President Trump cast TikTok as the mascot for the US’ growing concerns over China when he signed a series of executive orders to erase the popular short video platform from mobile app stores. The ban has since been revoked under the Biden administration.

While it may be some time before TickTock kicks off, India’s new IT rules and social media rules are setting precedence for governments around the world to closely examine the impact of tech firms on their citizens and local industries.