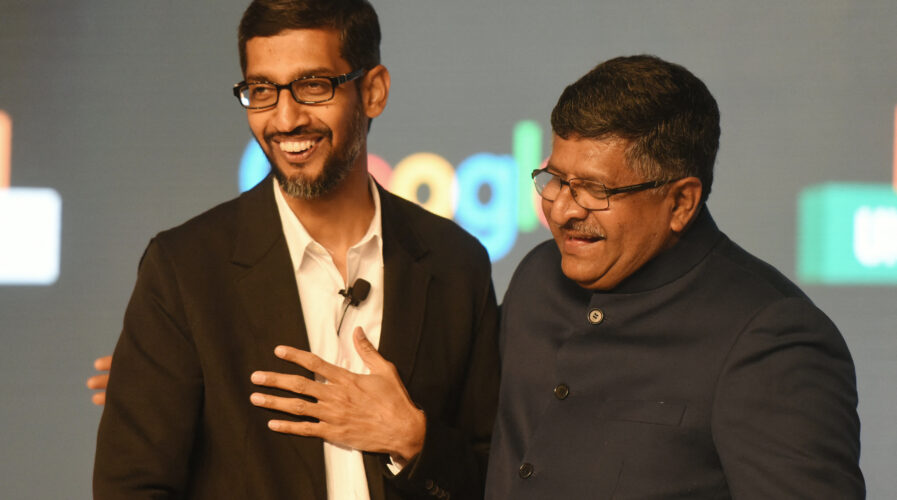 The new IT ruling, if anything, poses new challenges for giants such as Facebook, Twitter, Google, and Netflix that count Asia’s third-largest economy as a key overseas market. India’s IT, Law, and Justice Minister Ravi Shankar Prasad said that social media companies will be required to acknowledge takedown requests of unlawful, misleading, and violent content within 24 hours and deliver a complete redressal within 15 days. Insensitive cases such as those surrounding explicit sexual content, firms will be required to take down the content within 24 hours.

The new rules, which have been in the works since 2018, come weeks after Twitter declined to comply with some of New Delhi’s orders amid a protest by farmers in the capital city. The government said at the time that Twitter couldn’t act as the judge, or justify non-compliance.

Firms will also be required to publish a monthly compliance report to disclose the number of requests they have received, as well as specify the actions they took. They will also be required to offer a voluntary option to users who wish to verify their accounts. The new rules, which replace the law from 2011, go into effect for small firms effective immediately, but “significant” services will be provided three months to comply after the date of notification — which will be “very soon,” said Prasad.

New Delhi has put together these guidelines because citizens in India have long requested a “mechanism to address grievances,” said Prasad. India has been working on a law aimed at intermediaries since 2018 and in the past year, broadened its scope to cover streaming services and online news publications.

“India is the world’s largest open Internet society and the Government welcomes social media companies to operate in India, do business and also earn profits. However, they will have to be accountable to the Constitution and laws of India,” he said.

What are firms doing about it?

Most recently, Google chief executive Sundar Pichai said the tech giant is committed to complying with India’s new IT rules, which came into effect on May 25. He said Google’s local teams are engaged in talks with the government and that it will approach the new rules with the same framework as it does for others, i.e. complying with local laws.

News agency PTI, quoting sources, said besides Google, Facebook and WhatsApp have shared details with the IT ministry as per the requirement of the government’s new social media rules. Twitter however is not following new rules, it said. “Twitter has not sent details of a compliance officer to IT ministry and named a lawyer as a grievance officer,” PTI sources said.

Messaging apps such as WhatsApp or Signal will likely have to dilute end-to-end encryption to trace the “first originator” of flagged messages. Platforms like Facebook will also have to create a new interface for India, which will give users the option to verify users through authorized know-your-customer (KYC) processes and display a verification tag for those who seek this. While WhatsApp will have to devise a means of showing the verification tag, Twitter will have to roll out the verified blue tick feature for everyone who wants it.