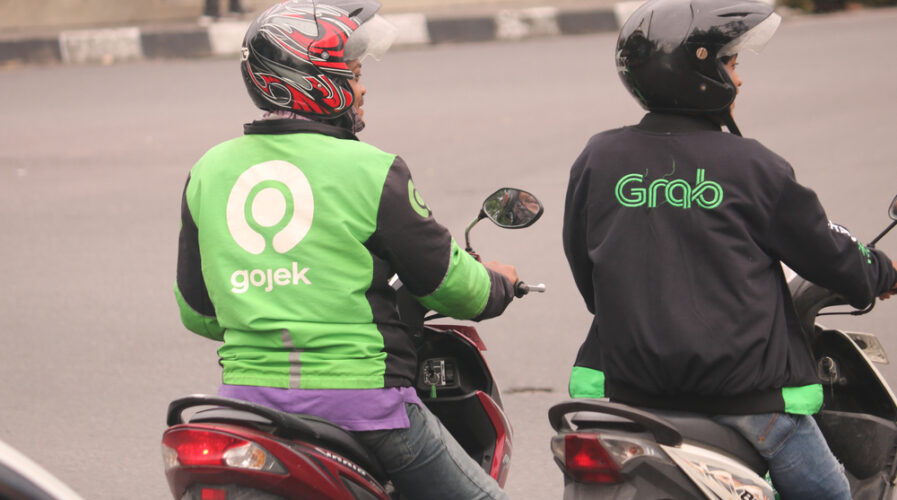 Grab vs Gojek vs AirAsia: Which superapp reigns in Southeast Asia?Source: Shutterstock

What’s the beef between Gojek and Grab?

Seems like the idea of ride-hailing rivals Grab Holdings Inc. and Gojek being under one umbrella – at least from an investment standpoint – may come to reality soon.

Reports on Grab’s main investor SoftBank Group Bhd’s founder Masayoshi Son pushing for a potential merger resurfaced after some eight months hiatus, no thanks to the pandemic.

Apparently, Grab Holdings Inc. co-founder Anthony Tan is being pressured by Son to call a truce with intense regional rival Gojek, according to people familiar with the matter.

Partially owned by Uber Technologies Inc. following Uber’s exit from the Southeast Asian market in 2018, Grab is the region’s leading ride-hailing company. Tiger Global Management LLC and Toyota Motor Corp both have a stake in the company, which has an estimated valuation of US$14 billion.

Gojek on the other hand is an Indonesian company with operations also in Singapore, Thailand, Vietnam, and the Philippines. It is valued at US$10 billion and has prominent backers, including Google, China’s Tencent, and Singapore state investor Temasek.

Initially, reports that SoftBank was pushing for a merger of the two companies surfaced in March before Covid-19 affected the market horrendously. At that time, it was said that talks between the two competitors had been ongoing for two years but there was no urgency in the talks.

To put things into perspective, SoftBank pushing for a potential merger comes as no surprise given its ongoing attempts to sell and consolidate its investments following its WeWork debacle last year.

In March, SoftBank announced that it intended to sell off US$41 billion in assets to help pay down debts. The most notable divestment came Sept 13, this year, with the confirmed sale of Arm Holdings Ltd. to Nvidia Corp. in a US$40 billion deal.

What would a merger mean for Grab and Gojek?

Grab has been burning through cash since the beginning, with its Singaporean ride-hailing unit losing more than US$200 million in 2019, according to filings.

The company’s losses were taking a toll on Son and other backers, especially after the implosion of SoftBank-backed WeWork.

To make up for the losses brought by the Covid-19, the startup expanded its deliveries of daily essentials, as well as on-demand concierge services. In August, the firm announced a slew of financial services and products and aims to create an all-in-one “super app” for Southeast Asia.

In the meantime, Grab has been trying to raise fresh capital of about US$3 billion with Alibaba Group Holding Ltd. to secure about $3 billion investment, Bloomberg News has reported.

Alibaba, which also has SoftBank as its major investor in, though not with a controlling stake, is the complicating factor in the potential merger.

Bloomberg reported that Alibaba’s investment could also result in a tie-up between Grab and Lazada Group, an e-commerce site that Alibaba holds a majority stake in. Such possibilities would only raise even more competition issues given that Lazada is the e-commerce market leader in many Southeast Asian countries.

Say Alibaba invests US$3 billion in Grab, it will take the amount the company has raised to US$13.1 billion. Given that all companies with venture capital have to deliver an exit at some point, whether through an initial public offering or a private sale, with Grab there is a catch.

Under the terms of the 2018 Uber deal, it has to do so by mid-2023 or pay Uber US$2 billion. The clock is ticking for Grab, so a merger with Gojek ahead of a possible IPO makes even more sense.

In short, Grab’s expansion drive and super app strategy to gain dominion in Southeast Asia could be further fuelled by the potential merger with Gojek. It could however result in what some fear would be a death grip on the market.

One would argue a merger could combine both their strengths, removing a major element of competition from the market and bringing them closer to total domination. But another way to look at it is a company with a monopoly has great powers – more often than not, to the detriment of consumers.