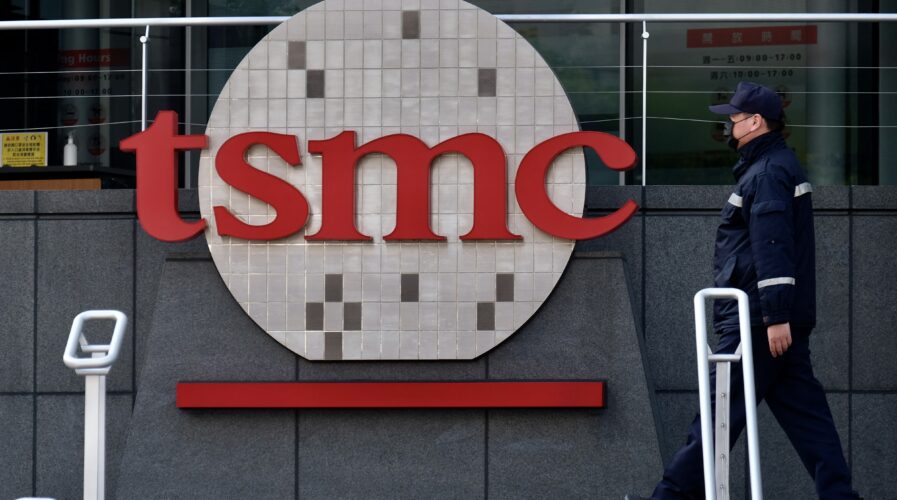 With an eye on China, Taiwan will soon have laws on chip sector espionage. (Photo by Sam Yeh / AFP)

Asia’s most valuable listed firm and globally the largest contract chipmaker, TSMC of Taiwan, has earmarked between US$40 to US$44 billion for this year’s expansion in manufacturing capabilities. The chip titan also expects capacity to remain tight this year while demand would be sustained in the long term.

The increase can be attributed to the soaring demand during the pandemic for semiconductors used in electronic equipment ranging from smartphones, laptops and others. The demand has also led to an acute chip crunch, forcing automakers and electronics manufacturers to cut production. The scenario however kept order books full at TSMC and other chipmakers.

It is fair to note that Taiwan’s TSMC capital spending set for this year is an increase from 2021’s US$30 billion. Last year was also when TSMC announced a US$100 billion expansion plan over the next few years. The company also forecast first-quarter revenue to be in the range of US$16.6 billion to US$17.2 billion, compared with US$12.92 billion in the same period a year earlier.

According to Reuters, with what it calls a “multi-year industry megatrend” of strong chip demand boosted by new technologies, TSMC raised its compound annual growth rate targets for revenue over the next several years to 15%-20% from 10%-15%. On the possibility of chip oversupply, Wei reckons that the substantial increase of “silicon content” in tech gadgets such as electric cars would help TSMC weather market corrections.

“Even if a correction were to occur, we believe it could be less volatile for TSMC due to our technology leadership position and the structural megatrend,” Wei said, adding that he expects capacity to remain tight this year.

Last year, TSMC announced plans to build its first chip factory in Japan. The company and Sony Corp. later said they would jointly invest US$7 billion in the facility. Outside Taiwan, TSMC also operates a semiconductor wafer fabrication facility in Camas, Washington, and design centers in San Jose, California, and Austin, Texas. The company even announced plans for a second US production site in Arizona as concern grows over American reliance on sources in Asia for high-tech components.