Over the last two years, there has been a rush of announcements by governments around the world to spur up the adoption of electric vehicles (EVs) in effort to dramatically reduce greenhouse gas emissions. But pumping money into the EV market won’t solve one crucial problem — as proper infrastructure planning is pressing as well. To address that, Japan and India are collaborating to develop an EV charging standard for emerging markets.

According to a report by Nikkei Asia, the two countries would work together to construct easy-to-build EV charging stations based on Japanese standards that are said to reduce installation costs by two-thirds. The CHAdeMO Association, in charge of Japan’s charging standard, will collaborate with India’s standards committee that includes automakers like Mahindra Electric and Maruti Suzuki.

CHAdeMO on the other hand has global vehicle manufacturing giants like Nissan and Toyota among its 500 member businesses. The aim of the association is to promote the use of EVs across Southeast Asian countries that lack the requisite EV charging infrastructure. Nikkei, citing a source, said the committee intends to present a draft proposal to the Bureau of Indian Standards (BIS) this year, with the goal of official acceptance by 2023.

As of now, the global EV infrastructure markets are largely split between Japanese and European EV charging standards. Tesla on the other hand has its own standard and protocol. The discrepancies only create confusions and therefore the issue of range anxiety has not been properly addressed. 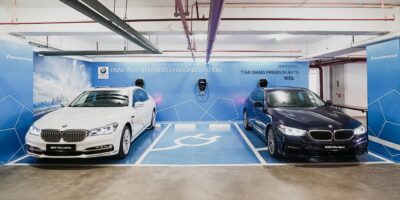 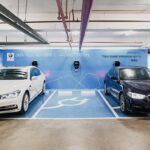 For a regular Japanese EV charger, charging takes twice as long because of the decreased power output. Nevertheless, given the EV demand in emerging nations like India is projected to be significant, especially with compact vehicles that have modest battery capacity, the tie up may be a reasonable trade-off.

As it is, India is predicted to become a key market for EV by the end of this decade, the collaboration will simply help the country improve its EV charging environment. By 2030, India wants EVs to account for 30% of total new car sales. As of last year, according to data shared by the minister, the number of EVs registered in 2021 was 1.7% of petrol and diesel vehicles registered (18,312 760).

To top it off, experts reckon that among the major reasons for pushing plug standardization is the ability to export vehicles across markets. Although carmakers have their own reasons for wanting to use their own plug formats, the companies building charging networks would benefit greatly from just one or two becoming the standard. Moreover, as electrification depends largely on availability of these stations, limiting the amount of plugs available will keep costs down and allow for more stations to be built.