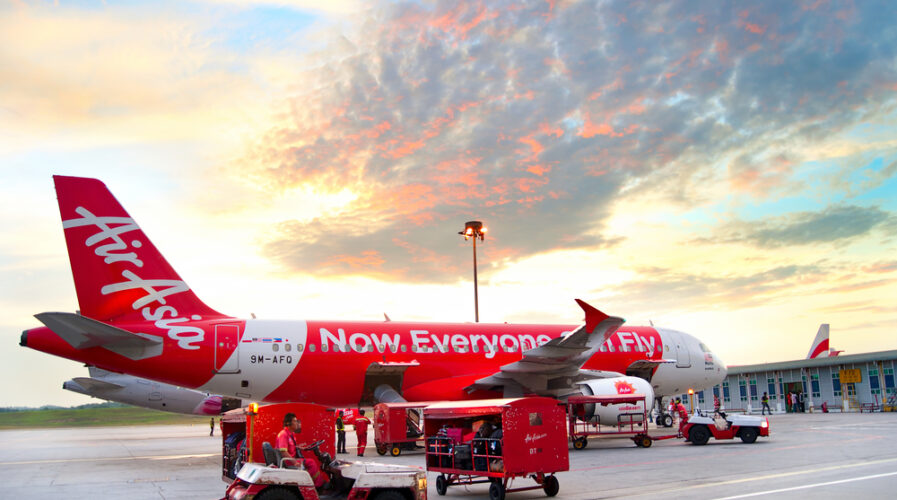 How AirAsia renewed its purpose with the first blockchain-based air cargo network, Freightchain

The global health crisis has had the dual effect of decimating two interlinked industries, both air travel, and global supply chain routes. Faced with a bleak outlook for its passenger business, renowned budget airline AirAsia instead saw an opportunity to grow its logistics arm, Teleport, with a first-of-its-kind, blockchain-based air freight solution.

AirAsia detailed in its Annual Report 2019 how the COVID-19 pandemic rocked its core business. “Restrictions imposed by governments left airlines, AirAsia inclusive, with no alternative but to temporarily suspend our flights,” the Group explained.

“From the end of March till the end of April, the group’s entire fleet was in hibernation, save to help repatriate citizens or to transport medical supplies and other essential items.”

At a time of interrupted supply chains worldwide, the shipper can instead rely on Freightchain to uncover all available cargo network connections operated by airlines and then facilitate bookings in real-time via bids that are verified instantly on the blockchain. 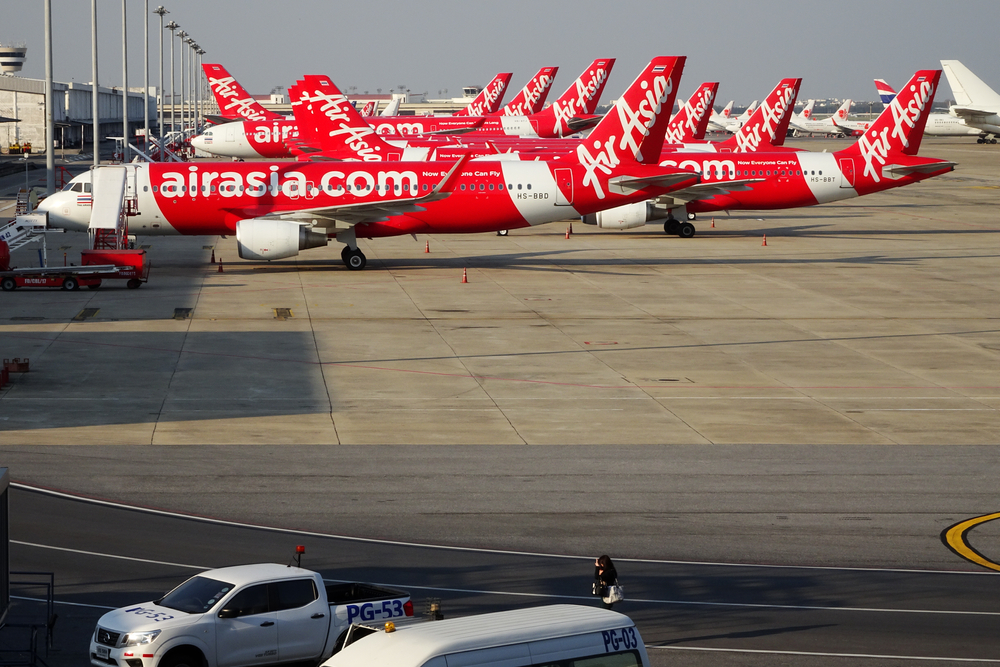 In a bold move, AirAsia “deliberately launched Freightchain during this period of uncertainty within global supply chains,” said Freightchain’s chief technology officer Vishal Batra at the time. Tech Wire Asia asked Batra about this strategy of launching during the biggest supply chain disruption in recent memory.

“The airlines are operating a partial network with a reduced frequency, leaving many sectors disconnected while in many others there is a shortage of air freight capacity,” said Batra. To restore the supply chain to the disconnected sectors and to help improve the air freight capacity to meet the excess demand, the airlines can ‘interline’ with other carriers to expand their cargo network.

“However, the challenge is that the traditional interlining contract process is very complex and slow. Also, the contract terms and execution lack the agility and speed to adjust with the market conditions,” explained Batra. “Freightchain was conceived to solve this problem.”

Batra says Freightchain leverages AirAsia’s wide network in Southeast Asia, which covers over 87 cities, and has the capacity to carry over 1 billion parcels annually on over 250 AirAsia aircraft. By leveraging on blockchain technology’s noted traceability and accountability capabilities, Batra says Freightchain is reinventing the way air cargo is booked.

“The idea is to make the air cargo booking experience no longer exclusive to selected key agents and forwarders, but open to all, and should be as simple and fast as booking a flight ticket.” 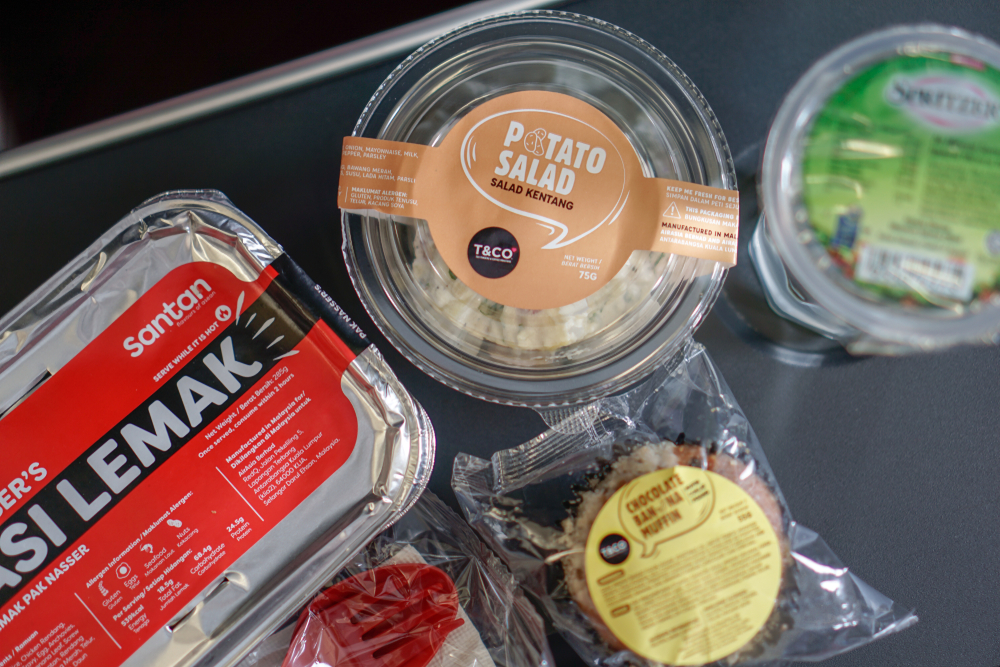 Teleport’s platform serves as a marketplace to offer open access to shippers and freight forwarders that suit the customer’s budget and shipping requirements, the CTO said. He added, “We are automating the booking and payment process to create an end-to-end self-service platform… The automation and self-service platform will improve the operational efficiency as well as save cost for the customers as well as the airlines.”

Thanks to Freightchain and its other delivery-as-a-service ventures, the logistics arm is one of AirAsia’s non-airline businesses that managed significant growth during Malaysia’s Movement Control Order (MCO), according to the AirAsia annual report.

“Teleport, for example, grew by 49% year-on-year in the first quarter of 2020 as a result of transporting medical aid and critical supplies,” the report stated. “In addition, the technology-driven logistics company embarked on last-mile deliveries of not only parcels but also restaurant orders and fresh produce, for which demand was particularly high.”

The Freightchain pilot marks the first time that blockchain tech is being used to smoothen the supply chains in the air, following successful implementations on the road and in shipping. Data from the International Air Transport Association (IATA) showed that the global air freight markets in April suffered a demand drop of 27.7% compared to the same period in 2019 – the sharpest year-on-year decline on record. 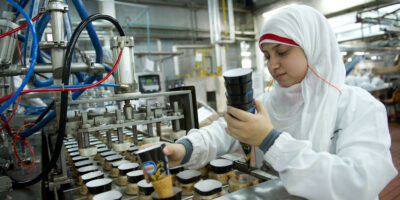 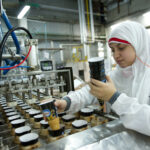 WHY NESTLé IS EMBRACING BLOCKCHAIN IN ITS COMPLEX GLOBAL SUPPLY CHAIN

While blockchain-based air cargo solutions seem logical after Freightchain, CTO Batra believes it will take some time to be adopted, as the technology is relatively new and evolving. “To deploy a production-ready blockchain solution, a lot of additional work is required which makes the solution development harder and slower.”

Hence, he advises companies looking to implement their own blockchain solutions to “examine the working of different blockchain technologies and carefully pick the one that suits the business requirements of your application/use case. A wrong selection can affect the scalability and stability of the overall solution and offering.”

He also believes it is better to pick a blockchain system that can work with existing technologies, tools, and frameworks like existing databases, programming languages, and deployment methods. “This reduces the unknowns and development risk. It also overcomes the skills gap in securing the right talent to develop the solution.”