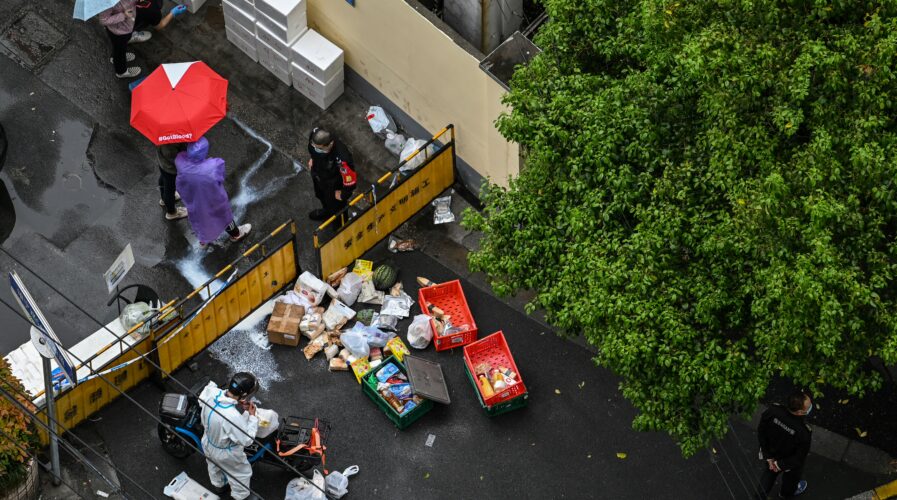 Alibaba’s Freshippo is struggling to meet groceries demand in Shanghai

After most supermarkets and stores were shut across Shanghai due to lockdown measures, residents have resorted to online buying to procure food and other essentials. Unfortunately, just as consumers are facing difficulties to secure their orders, online groceries companies like Alibaba’s Freshippo are also struggling to meet demands.

As one of the world’s biggest cities with some 25 million people, Shanghai went into a two-stage lockdown at the end of March and authorities have extended the lockdown to the whole city, longer than expected. Even Shanghai authorities acknowledged that food and other essential supplies were running short owing to logistics headaches.

According to a report by Reuters on Sunday, Alibaba’s supermarket chain Freshippo said it was adding more couriers to meet high demand in Shanghai but it would still not be able to catch up the rising needs of locked-down residents. Alibaba’s Group Freshippo VP Shen Li told reporters that while the company’s delivery capacity had recovered to about 60-70% of pre-outbreak levels as more couriers were allowed back on the roads, difficulties remained.

“The biggest challenge we are facing now is that the demand and numbers of orders from consumers has increased by about two to three times compared with pre-outbreak levels,” she said. Since most supermarkets and stores were shut across the city due to the lockdown, residents resorted to online buying to procure food and other essentials but have been facing difficulties.

While Shanghai authorities have been trying to ease the situation, those bottlenecks remain a key public frustration.No doubt, Shanghai’s delivery companies have become a valuable lifeline inside the Covid-19-hit Chinese metropolis. They have been transporting, without fail, essential supplies to various locked-down communities and homebound residents across the city of 25 million inhabitants.

“Many residents have described waking up as early as 5 am to try and grab delivery slots from online grocers such as Freshippo, only to find them sold out in seconds. While Freshippo and other vendors have launched bulk-buying purchase schemes, some people have complained about the inability to reach the volumes needed to guarantee orders,” Reuters’ report claims.

As of Sunday, Shen said Freshippo had 47 stores open for online deliveries in Shanghai and it also had set up six additional ad hoc warehouses for the city, due to issues with inter-province supply chains. There are about 5,000 staff working in those stores and its warehouses while a further 1,000 were working online from home, she added.

While China’s tech hub Shenzhen has emerged from its nearly month-long lockdown, China’s biggest city, Shanghai, also home to the world’s largest container port, has remained shuttered since March 28. Worse yet, the lockdowns seem to be presenting yet another challenge for global supply chains that have been stressed by pandemic shutdowns and the war in Ukraine. All of which has led to greater competition for goods and higher prices that are fueling inflation worldwide.

Despite Chinese authorities’ effort to keep factories and especially ports operating by keeping workers on the premises in so-called closed-loop systems, the lockdowns have inevitably interrupted shipments and lengthened delivery times for many of the global companies that depend on Chinese factories.