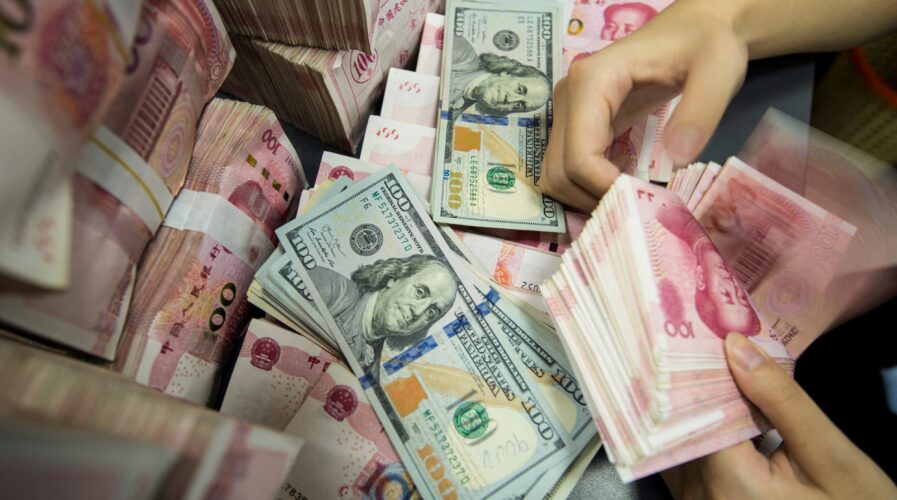 China’s digital yuan is not a benchmark for the US. (Photo by STR / AFP) / China OUT

China’s digital yuan is not a benchmark for the US

In the quest for a digital currency, China appears to be the first out of the gate. The People’s Bank of China (PBOC) has become the first major central bank to launch large-scale trial runs of its digital currency. Yet, China’s decision will not push the US Federal Reserve to rush its own digital currency project, its chairman Jerome Powell emphasized recently.

To top it off, the Federal Reserve believes China’s approach would not work in the US. Following the Fed’s latest policy meeting, Powell highlighted that the Fed’s primary goal is not to speed to market, but rather to avoid any calamitous misstep in executing digitalization of the US dollar – the world’s dominant reserve currency.

“It is far more important to get it right than it is to do it fast. The currency that is being used in China is not one that would work here. It’s one that really allows the government to see every payment for which it is used in real-time,” Powell stated. He added that the US central bank is taking its time to understand the capabilities that are possible with digital currencies. That includes making sure the technology is being used in a way that makes sense for the country and the people who rely on the dollar as the world’s reserve currency, he said.

Powell also acknowledged that central bank digital currencies are now possible but they would need to understand whether that is something that would be a good thing for the people that they serve. He previously made it clear that the Fed cannot move forward on developing a digital currency without congressional action.

For now, the Boston regional arm of the Fed is researching what a central bank digital currency would look like in a joint program with the Digital Currency Initiative at the Massachusetts Institute of Technology. The research is expected to last two or three years and then a separate policy process would be required before the Fed can create a central bank digital currency of its own.

China on the other hand is already running pilot programs to test out digital yuan which made analysts wonder if the faster pace from the globe’s second-largest economy could lead the yuan to gain dominance over the dollar. According to the International Monetary Fund, The dollar accounted for nearly 60% of the world’s official foreign exchange reserves at the end of 2020, while China’s share is just 2.25%

To begin with, why would Beijing wish to add yet another payment system, DCEP, when the country is already hurtling towards a near-total cashless society? The answer goes to the core of President Xi Jinping’s autocratic government. Unlike other e-payment systems, DCEP will be centralized and state-run. Beijing will be able to monitor how money is spent in real-time and have the same controls over DCEP as with the yuan.

There will be no third party involved — the PBOC issues the e-yuan, the central bank’s digital currency, directly into a digital wallet and its status as legal tender is guaranteed by the Chinese state. That said, a cheaper and faster payment system – which could also avoid US sanctions – would be viewed as a challenge to the dollar’s dominance.

With over 90% of international transactions presently conducted in US dollars, Beijing hopes the digital yuan will allow it to bypass the all-mighty greenback. That sentiment was echoed by Daryl Guppy in an op-ed for Chinese state-media outlet CGTN, highlighting that “a sovereign digital currency provides a functional alternative to the dollar settlement system and blunts the impact of any sanctions or threats of exclusion both at a country and company level.” 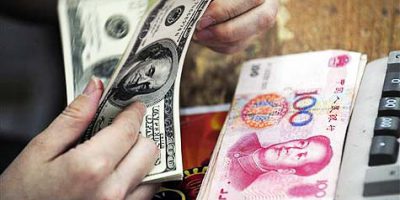 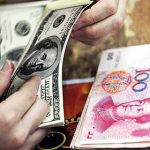 Simply put, with China’s new digital yuan, international trade can be done in its own currency, the Renminbi. Essentially, instead of the value of transactions being hedged in US dollars, they can utilize a blockchain escrow in Renminbi, and the transaction doesn’t require US facilitation or any external entanglements. Currently, there are many ways China is attempting to take the digital yuan to the world. One is using homegrown startups like Didi, which has already penetrated Latin America with its ride-hailing model and has announced plans to enter the European market – where it could begin offering future rides to be paid in digital yuan.

Another way is through trade, analysts reckon. Indeed, China’s Belt and Road initiative (BRI) is a ripe entry point for the digital yuan’s internationalization. The government could ask BRI-participating countries to start accepting the digital yuan, make loan payments and pay to install infrastructures such as point-of-sale terminals and lower transaction fees.

Last August, China waived transaction fees between the yuan and twelve other currencies, including the Singaporean dollar, Korean won, Thai baht, and Russian ruble. According to China’s State Administration of Foreign Exchange, the decision was taken to “actively cooperate with the national belt and road development strategy.”